White Christians Now Make Up Less Than Half of America

White Christians no longer make up the majority of the U.S. population, a new survey has found.

The number of white Christians in America has dwindled to 46 percent of the total population from 55 percent in 2007, according to a Pew Research Center survey released Monday by National Journal’s Next America project.

The survey also found that while the percentage of white Christians fell, they still account for nearly seven in 10 Americans who identify as Republicans.

In contrast, most Americans who have no religious affiliations align with Democrats, survey results showed.

Experts say the shift is partially due to the nation’s growing ethnic diversity and the increasing number of Americans who don’t have any religious affiliations, the Huffington Post previously reported.

Louisiana had the highest percentage of white Christians, with 49 percent, according to the Huffington Post.

Pew surveyed more than 35,000 adults in English and Spanish for the religious landscape study in 2014. 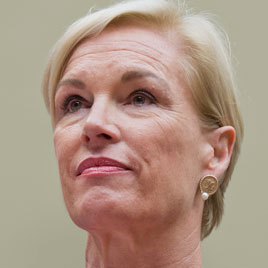