Here's Who's Winning the Presidential Race in Books

Polls and PAC dollars aren’t the only ways to analyze the 2016 presidential race: there are book sales. And while the candidates have been battling at debates, their books having been facing off on Amazon and in indies across the country.

The most recent figures available show Republican Ben Carson gaining on Democrat Hillary Clinton (granted, her Hard Choices has had a year and four months than Carson’s A More Perfect Union to nab readers). Donald Trump’s Crippled America hasn’t reached blockbuster status, nor have his sales been compounded by the August re-release of Time to Get Tough. While most candidates have only published one book in this time period, others have been busy: Carson’s sales cover four titles, including a book for teens and a shorter adaptation of his memoir, called My Life: Based on the Book Gifted Hands. Most of the other candidates have seen their sales figures languish at a fraction of these heavy hitters. See the chart below for more.

These figures represent total units sold, from the date of release until late November, but only for books published since the beginning of 2014, when chatter about the candidates started to pick up in earnest ahead of the midterm elections. That means older bestsellers like Trump’s The Art of the Deal (1987) are not included. The data includes both print and e-book sales where possible; print information comes from Nielsen BookScan, while e-book information comes from PubTrack Digital and only goes through July 2015. Data for books that are digitally self-published are not included, such as Lindsey Graham’s My Story (June, available on his website). Data for Jeb Bush’s Reply All (October, paperback and e-book) is not yet available.

Book sales in the chart above include data from only the following books: A More Perfect Union: What We the People Can Do to Reclaim Our Constitutional Liberties by Ben Carson; One Nation: What We Can All Do to Save America’s Future by Carson; You Have a Brain: A Teen’s Guide to T.H.I.N.K. B.I.G. by Carson; My Life: Based on the Book Gifted Hands by Carson; Hard Choices by Hillary Clinton; A Time for Truth: Reigniting the Promise of America by Ted Cruz; Rising to the Challenge: My Leadership Journey by Carly Fiorina; God, Guns, Grits and Gravy by Mike Huckabee; Taking a Stand: Moving Beyond Partisan Politics to Unite America by Rand Paul; Our Presidents & Their Prayers: Proclamations of Faith by America’s Leaders by Paul; American Dreams: Restoring Economic Opportunity for Everyone by Marco Rubio; Outsider in the White House by Bernie Sanders; Bella’s Gift: How One Little Girl Transformed Our Family and Inspired a Nation by Rick Santorum; Blue Collar Conservatives by Santorum; Crippled America: How to Make America Great Again by Donald Trump; and Time to Get Tough: Making America #1 Again by Trump. 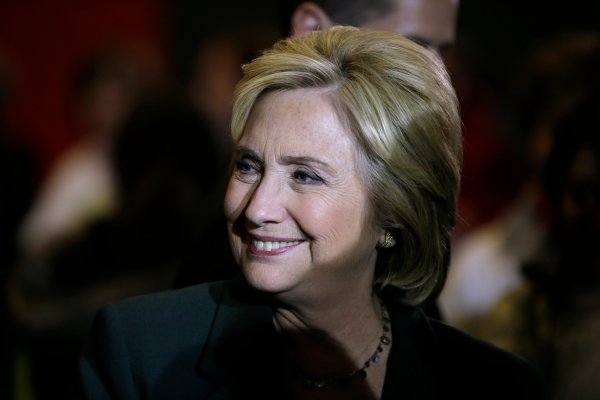 Why Hillary Clinton Is Right About Pfizer
Next Up: Editor's Pick