U2 Reschedules Paris Concerts Postponed Because of Attacks

Bono and band members of U2 pay their respects and place flowers on the pavement near the scene of the Bataclan Theatre terrorist attack on November 14, 2015 in Paris, France.
Jeff J Mitchell/Getty Images
By Megan McCluskey

U2 announced on Monday that the band will perform in Paris in December after canceling two November concerts in the wake of the terror attacks on the city. The shows will take place on Dec. 6 and 7 at the AccorHotels Arena in Bercy, a venue near the 11th arrondissement, where terrorists targeted the Bataclan concert hall, killing 89 people, the Associated Press reports.

U2 frontman Bono said the shows would go on as a sign of solidarity with the city. “So much that was taken from Paris on the tragic night of November 13th is irreplaceable,” he said. “For one night, the killers took lives, took music, took peace of mind – but they couldn’t steal the spirit of that city. It’s a spirit our band knows well and will try to serve when we return for the postponed shows.”

The 55-year-old singer added that the concerts will be first-rate performances by the band: “We’re going to put on our best for Paris.”

The Paris shows will now also be the last on the group’s “Innocence and Experience” tour, with the Dec. 7 performance being broadcast live on HBO. 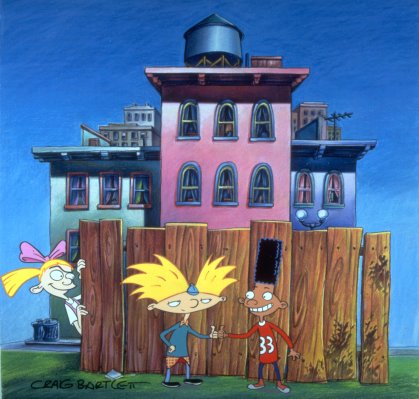 A New Hey Arnold TV Movie Is In the Works at Nickelodeon
Next Up: Editor's Pick