The Democratic Socialist Who Ran for President Almost a Century Ago

In the early twentieth century, roughly a century before Bernie Sanders’s long-shot run for the White House, another prominent democratic socialist, Eugene V. Debs, waged his own campaigns for the presidency.

Debs began his political career as a labor leader. Growing up in Terre Haute, Indiana, he dropped out of school at the age of fourteen to work on the railroads, scraping the grease from the trucks of freight engines. Within a short time, he joined the local branch of the Brotherhood of Locomotive Firemen and became its first secretary. In later years, convinced that the division of workers into small craft unions made them easy pickings for the giant railroad corporations, Debs founded the American Railway Union, leading it in the dramatic Pullman Strike of 1894. Although the strikers succeeded in shutting down a large portion of the nation’s rail system, the federal government intervened on the side of the railroad corporations to crush it, send Debs and other union leaders to jail, and destroy the American Railway Union.

As Debs brooded on these events, he concluded that, although industry-wide unions were vital, they could not win their battles for economic and social justice while giant corporations dominated the government. In Europe, workers were forming labor and socialist parties. Why not in America? At the beginning of 1897, in an open letter to the remnants of the American Railway Union, he wrote: “I am for Socialism because I am for humanity. We have been cursed with the reign of gold long enough.”

Together with small groups of union activists, former Populists, socialists, and a sprinkling of intellectuals and reformers, Debs established the Social Democratic Party and, in 1901, its successor, the Socialist Party of America. From the start, Socialist Party campaigns were a mixture of “immediate demands”—minimum wages, maximum hours, abolition of child labor, and women’s suffrage—and utopian visions. On the municipal level, the party challenged local corruption and championed improved public services. Each reform, the party stressed, led to the ultimate goal of “the cooperative commonwealth.”

In response, the party’s strength grew rapidly and, by 1912, the Socialist Party was a force to be reckoned with. In speech after speech, Debs, the party’s presidential standard-bearer, set crowds ablaze. Eighteen thousand people crowded into Philadelphia’s Convention Hall to hear him. Another 22,000 packed New York City’s Madison Square Garden. In the Southwest, his revivalistic zeal appealed deeply to tenant farmers and miners. In the Middle West, he captured the hearts of Polish- and German-Americans. In the East, Jewish garment workers plastered their walls with his picture. As the novelist John Dos Passos noted, Debs encouraged workers to “want the world he wanted, a world . . . where everybody would split even.”

The 1912 election results confirmed the party’s progress. That year, with a much smaller population than today and with most women and African Americans denied the ballot, Debs drew 901,000 votes. Socialist Party membership also reached a peak: 118,000 Americans. Like its counterparts abroad (for example, the British Labour Party and the French Socialist Party), the Socialist Party seemed to be rising to power. Socialists held 1,200 public offices in 340 American cities, including 79 mayors in 24 states.

However, by 1920, Debs faced a very different situation. His beloved Socialist Party lay in ruins, while he was imprisoned in the Atlanta penitentiary.

Behind the crisis of American socialism lay World War I and its accompanying atmosphere of fear and intolerance. In response to the Congressional declaration of war in April 1917, delegates at an emergency party convention declared their “unalterable opposition to the war,” which they labeled “a crime against the people of the United States and against the nations of the world.” Fierce government repression and vigilante action followed, destroying the party organization. Drawing upon the Espionage Act—a loosely-written law prohibiting any obstruction of the war effort—the federal government began prosecuting Socialist Party leaders. Many were convicted, usually for speeches or writings critical of the war, and sentenced to lengthy prison terms. Meanwhile, the postmaster general banned virtually every Socialist newspaper, magazine, or other publication from the mails. Socialist Congressman Victor Berger, convicted under the Espionage Act, was expelled from the House of Representatives, re-elected by the voters, and then expelled again. Socialist Party headquarters around the nation were raided, their records seized, and their officers tried and imprisoned.

Outraged by this assault upon civil liberties, Debs delivered a blistering speech that June at a party rally in Canton, Ohio, not far from the jail where two Socialist Party leaders had recently been hung by their wrists from a prison rafter. As federal agents circulated conspicuously through the crowd, he declared boldly: “The master class has always declared the wars; the subject class has always fought the battles. The master class has had all to gain and nothing to lose, while the subject class has had nothing to gain and all to lose.” Thirteen days later, a federal grand jury indicted Debs for violating the Espionage Act.

At his trial, Debs freely conceded his guilt. “I have been accused of having obstructed the war,” he stated. “I admit it. Gentlemen, I abhor war.” He was trying to eliminate it by working to “establish in this country an industrial and social democracy.” Facing a possible 60-year prison sentence, the aging Socialist leader refused to flinch. “Your Honor,” he said, “years ago I recognized my kinship with all living things, and I made up my mind that I was not one bit better. . . . While there is a lower class, I am in it; . . . while there is a soul in prison, I am not free.”

Sentenced to ten years in prison, Debs spent a major portion of it in the maximum security penitentiary in Atlanta. Here he labored in the prison workhouse and, for fifteen hours a day, was confined with five other men to a small, stiflingly hot Southern jail cell. Reports began to filter out that the 63-year old Socialist leader was near death. Moreover, the prison’s security restrictions weighed heavily upon him. Visiting privileges were limited, while Debs’s letters—restricted to a single sheet of paper per week—could be written only to an authorized group of family members. In a particularly vindictive act, the Wilson administration cut off Debs’s mail and visiting privileges. He was also denied access to Socialist literature. Nevertheless, Debs remained a charismatic figure, beloved by his fellow prisoners, who crowded about him to tell him of their wretched lives.

Meanwhile, the Socialist Party continued to disintegrate. A portion of the party, inspired by the Bolshevik revolution in Russia and convinced by government repression that American democracy was a sham, demanded a “revolutionary” strategy. When they failed to capture control of the Socialist Party from more moderate forces, they split off and formed two competing Communist organizations whose leaders raced off to Moscow to secure recognition from the new Communist International. Debs spoke out strongly against them. “The Moscow program would commit us to a policy of armed insurrection,” he said. “It is outrageous, autocratic, ridiculous.” Thereafter, democratic Socialists and authoritarian Communists were rivals—and sometimes enemies—in the United States and around the world.

In this context, the battered Socialist Party leadership convinced Debs to make yet another run for the presidency, in 1920. Confined to his prison cell and with his party in shambles, Debs could not wage an effective campaign. Indeed, he was allowed no more than a weekly press release by prison authorities. Nevertheless, he provided a potent symbol of democratic socialist ideals and of scandalous government repression. In the election, he garnered 923,000 votes—a smaller percentage of the overall total (enhanced by women’s suffrage) than he had drawn in the past, but the largest vote ever drawn by a democratic socialist candidate for the presidency.

In late 1921, the new Republican administration of Warren G. Harding, barraged by petitions calling for Debs’s freedom signed by 700 organizations and 300,000 Americans, commuted his sentence and released him from captivity. After an emotional farewell from the 2,300 convicts in the Atlanta penitentiary, Debs traveled to the White House for a remarkably friendly meeting with the President. Then Debs caught a train to Terre Haute, where he was greeted by a wild, cheering crowd of 25,000. Lifting him off his feet, his fervent supporters carried him to the front steps of his home. Some four years later, still championing democratic socialism, Debs died of a heart attack.

Although, superficially, Debs was unsuccessful as a labor leader and democratic socialist politician, he and his comrades had a major impact upon American life. During his lifetime, or in the decades thereafter, American workers—inspired in part by Debs and other democratic socialists—did organize industrial unions; they did roll back the absolute power of the corporations; they did fight for and win a host of major economic reforms: minimum wages, maximum hours, unemployment insurance, the abolition of child labor, collective bargaining rights, health and safety regulations, worker’s compensation, and publicly funded services that ranged from education, to health care, to adequate food, to job retraining, to day care.

Of course, Debs proved incorrect in his assumption that the Socialist Party would serve as the primary instrument through which a better society would be fashioned. Instead, many a democratic socialist idea, having attained some measure of popularity, became incorporated into the program of the Democratic Party and, later, enacted into law. Not surprisingly, what remained of the Socialist Party constituency ultimately moved into that party’s reform wing.

Will the presidential campaign of Bernie Sanders, a political activist who has long revered Debs, be able to extend Debs’s legacy by securing national healthcare, tuition-free college education, a $15 minimum wage, paid family leave and sick leave for all workers, a break-up of the giant banks, a ban on big money in politics, a more peaceful foreign policy, and other reforms? If he and his enthusiastic followers manage to rouse the American public to demand these kinds of programs, we might just see some—or maybe all—of them implemented at some time in the future. Debs’s political career illustrates both the difficulties and the possibilities.

Dr. Lawrence Wittner (http://lawrenceswittner.com) is Professor of History emeritus at SUNY/Albany. His latest book is a satirical novel about university corporatization and rebellion, What’s Going On at UAardvark? 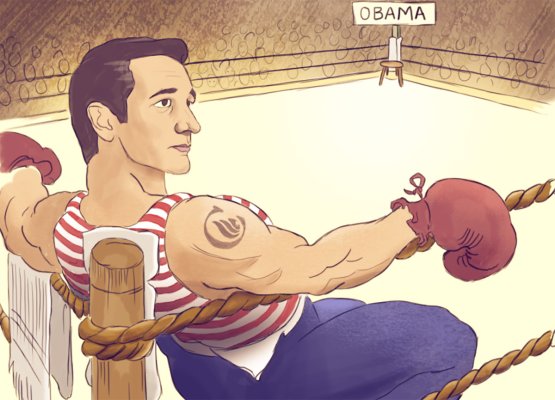