A protester is removed by security as Donald Trump speaks during a campaign stop in Birmingham, AL on Nov. 21, 2015.
Eric Schultz—AP
By Alexandra Sifferlin

A black activist was reportedly punched and choked before being kicked out of a Donald Trump rally Saturday in Birmingham, Ala.

According to the Washington Post, activist Mercutio Southall Jr. was shouting “Black lives matter” during Trump’s speech and Trump responded by asking his security to “get him the hell out of here, will you, please?”

Before Southall could be led out of the venue, the Post reports that he was surrounded by men, who appeared to punch and kick him. One man reportedly choked him and as a bystander repeatedly said: “Don’t choke him!”

In an interview with Fox, Trump said maybe the man should have been “roughed up.” 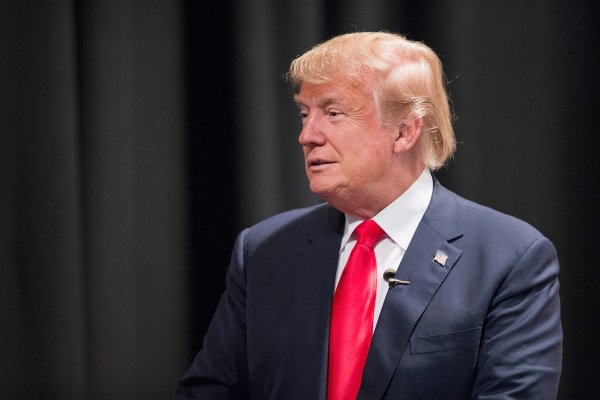 Donald Trump Says He Would Bring Back Waterboarding
Next Up: Editor's Pick