Stephen Colbert’s love of Lord of the Rings is well documented, so it should come as no surprise that the Late Show host had some issues with the Brazilian scientists who named a new species of spider after a character from J.R.R. Tolkien’s beloved novel.

This week, a new species of spider was identified and given the name Iandumoema smeagol, a reference to Smeagol, the hobbit who would become Gollum after getting ahold of the One Ring. The cave-dwelling spider was given the name Smeagol because it shared a similar lifestyle with the character, who lived in a cave and stayed out of the sun until he morphed into the monstrous Gollum.

Colbert, however, wasn’t having any of it on Friday’s show. “Smeagol wasn’t a scary creature who lived in a cave,” Colbert said before recounting Smeagol’s biography, and how he killed his cousin after finding the One Ring.

Explained Colbert: “Smeagol hid from his guilt and the yellow face of the sun, by retreating into a cave, where his shame and his fear turned him into an unrecognizable creature. That creature wasn’t Smeagol anymore; that creature was Gollum. You should have named the spider Gollum. You don’t discover a venomous snake and name it Anakin. You name it Darth Vader.”

Colbert also took issue with the fact that the scientists ignored an actual spider from Lord of the Rings while naming the new species of spider: Shelob.

“I thought you guys were scientists,” Colbert said. “This is sad.” 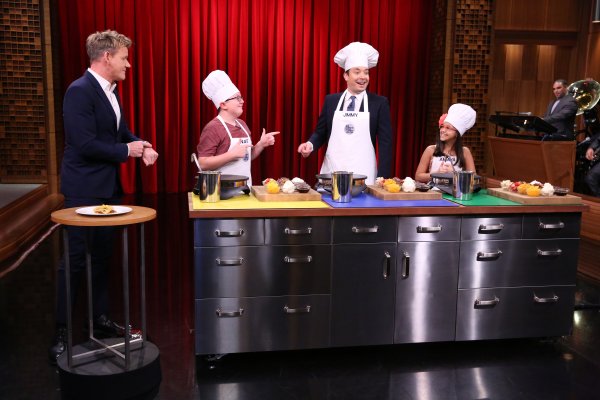 Watch Jimmy Fallon Lose to a 10-Year-Old in MasterChef Junior Cook-Off
Next Up: Editor's Pick