An unnamed U.S. citizen was killed in the attack on the Radisson Hotel in Bamako, Mali on Friday, the State Department has confirmed.

No details about the victim’s identity have been released. At least 27 people were killed when heavily armed attackers stormed the Radisson on Friday morning, shouting “Allahu Akbar!” and taking hostages, the New York Times reports.

Some 125 guests and 13 employees were inside the hotel when 12 gunmen attacked after pulling up with fake diplomatic license plates, according to multiple reports. According to Al-Jazeera, an Al-Qaeda splinter group has claimed responsibility for the attack.

Secretary of State John Kerry earlier condemned the attack. “All those responsible for these recurring terrorist attacks must be held accountable,” he said. “These terrorist attacks will only deepen our shared resolve to fight terrorism.” 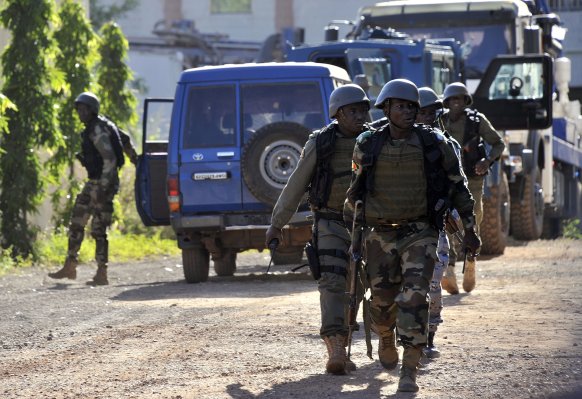 The Terror Groups That Could Be Behind the Mali Hotel Attack
Next Up: Editor's Pick