How Bill Gates, Mark Zuckerberg and Other Successful People Start Their Day

Whether it’s going to the gym, reading the paper, or enjoying a cup of coffee, most of us have things in our morning routine that we rarely skip.

Getting into a good morning routine can help us be more productive throughout the day. The consistency can also be comforting.

With the help of this great infographic from sleepypeople.com, we decided to look at the morning routines of some of the world’s most successful business people and politicians.

The former President of the United States, Obama isn’t one to hang around in the mornings.

Sleepypeople.com tells us that the president is up by 6:45 a.m. every morning. Then, he goes to gym to do both weights and cardio.

Once he’s finished pumping iron, Obama will head back to eat breakfast with his wife Michelle, and his two daughters Malia and Sasha, before sending the girls off to school.

After the kids are gone, it’s time to get down to the serious business of running the country.

A video from the Sun showed that former British Prime Minister David Cameron starts his day at 6:00 a.m, and will go through important government business until around 8:00 a.m, when he joins his wife Samantha, and kids Arthur, Nancy, and Florence for a bite of breakfast.

Cameron’s private flat in No.10 Downing Street has a strict no TV rule in the mornings, and in the past the Prime Minister has said that he thinks his children should be “doing something” in the morning before school.

Cameron is also an avid follower of media coverage and will take time to catch up on the news every morning.

Another Conservative Prime Minister of Britain, albeit of a slightly different era. According to sleepypeople.com, Churchill woke up at 7:30 a.m. every morning. Pretty normal right? Not when you consider that he didn’t usually actually get out of bed until 11:00 a.m.

What did he spend those three and a half hours doing, you ask? Churchill would eat breakfast and read the newspapers (no smartphones back then), as well as dictating correspondence to his numerous secretaries.

In a 2012 interview with Bloomberg BusinessWeek, Schultz talked about how he gets up at around 4:30 a.m. every morning to walk his three dogs, before coming home and making coffee for himself and his wife by 5:45 a.m.

Schlutz is pretty particular about the kind of coffee he drinks, using a “coarse grind of aged Sumatra” steeped for 3-4 mins in boiling water, according to BusinessWeek. After that, it’s time for work.

The late Steve Jobs, famous for his all black clothing, turtlenecks, and for turning Apple into the world’s biggest company would do one simple thing every morning to ensure that he got the best out of himself.

After waking up, sleepypeople.com says Jobs would go to the mirror, look at himself and ask: “If today was the last day of my life, would I be happy with what I’m about to do today?”

If Jobs found himself saying no to this question too often, he said he knew that something needed to change.

Another tech billionaire Bill Gates, the cofounder of Microsoft and one of the world’s richest men, likes to exercise both mind and body first thing in the morning.

Sleepypeople.com says that Gates spends an hour on the treadmill doing cardio exercise, but watches instructional videos from the Teaching Company while doing so, ensuring that all parts of his health are looked after.

The 31-year-old Harvard dropout and founder of Facebook is well known for almost always wearing a plain gray T-shirt, saying in a 2014 interview that wearing the same shirt helps allow him “to make as few decisions as possible.”

So presumably, he gets up, goes to his closet and picks his favorite gray T-shirt and goes to work.

According to sleepypeople.com, Zuckerberg often doesn’t sleep very much, and he has been known to stay up until 6 a.m. talking with Facebook employees.

Unlike lots of the world’s most successful people, Jeff Bezos, the founder of e-commerce giant Amazon, is not a morning person.

Bezos places a lot of emphasis on getting a good night’s sleep. In 1999 he told the Wall Street Journal that he feels “so much better all day long if I’ve had eight hours.”

He has also previously spoken of deliberately avoiding early morning meetings so that he can spend his mornings having a leisurely breakfast with his wife Mackenzie and their four children.

According to sleepypeople.com, avoiding super early mornings allows Bezos to get away without using an alarm clock, and get a natural night’s sleep. He also gives himself time to eat a healthy breakfast, rather than cramming down fatty convenience foods. 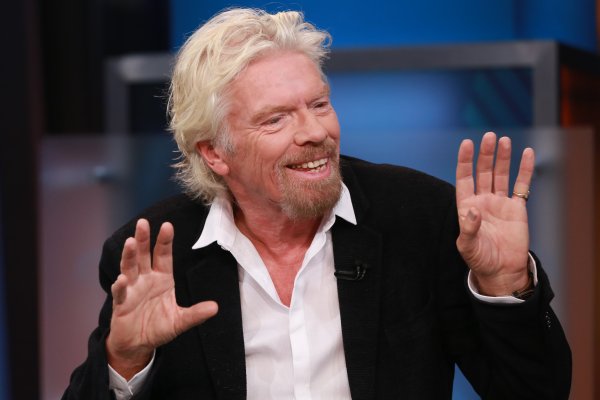