Hemingway Novel Returns to French Bestseller List After the Attacks

Paris’ place in the popular imagination still owes a lot to the Paris of the 1920s, where the “Lost Generation” of expatriate American authors and artists (including Ernest Hemingway, F. Scott Fitzgerald, and Gertrude Stein, among others) found civilized refuge from the nihilistic devastation of World War I. One of the most entertaining chronicles of that time remains Hemingway’s memoir, A Moveable Feast. Now, in an act of cultural defiance, A Moveable Feast has risen to the French bestseller charts in the wake of the Paris attacks last week.

Copies of A Moveable Feast have currently sold out on Amazon’s French website, and has reportedly sold more copies in the last few days than a typical year. Folio is already planning a massive reprint.

“There was a strong rise [on Thursday], with 1,600 books going out of our stocks,” Folio’s David Ducreux told The Guardian. “We also received many orders from groups such as Fnac and Amazon, amounting to 8,500 copies. Usually, we sell between 6,000 and 8,000 copies a year.”

The French title for Hemingway’s book is Paris est un fete (Paris Is a Celebration), which fits the current mood of cultural defiance among Parisians. Parisians have returned to their city’s iconic street cafes and restaurants, posting photos to social media with the hashtag #JeSuisEnTerrasse, and copies of Paris est un fete have been left among memorials to the victims.

A Parisian woman known only as Danielle described the mood in a much-shared video interview,“It’s very important to bring flowers to our dead. It’s very important to see, many times, Hemingway’s book,A Moveable Feast, because we are a very ancient civilization, and we will hold high the banner of our values, and we will show brotherhood to the five million Muslims who exercise their religion freely and kindly, and we will fight against the 10,000 barbarians who kill, they say, in the name of Allah.”

“There is never any ending to Paris and the memory of each person who has lived in it differs from that of any other. We always returned to it no matter who we were nor how it was changed nor with what difficulties now what ease, it could be reached. It was always worth it and we received a return for whatever we brought to it.” 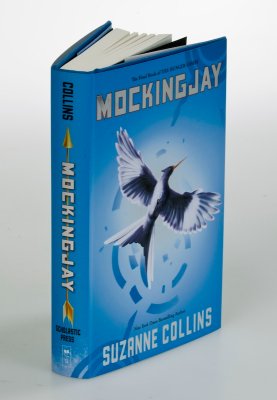 Before 'The Hunger Games': How Young Adult Books First Became a Category
Next Up: Editor's Pick