Democratic presidential hopeful Hillary Clinton speaks at the premier of the documentary film "Makers: Once and For All" at the School of Visual Arts on November 19, 2015 in New York City.
Andrew Burton—Getty Images
By Sam Frizell

Hillary Clinton on Friday called for tax cuts on the middle class, reflecting a widening disagreement between the former Secretary of state and the other Democratic presidential candidates on tax policy.

While campaigning in Tennessee, Clinton specifically called for an individual credit on health care costs valued at up to $2,500, and a credit for families of up to $5,000.

“You never know when [it’s] going to happen you,” Clinton told a crowd of supporters in Memphis. “Somebody gets sick, someone has an accident … you’ve got to be prepared, but too many families don’t have those kinds of resources.”

Clinton has already said that she would extend the American Opportunity Tax Credit for families paying for college, and a new tax credit for out-of-pocket healthcare expenditures, a measure Clinton announced in September. She plans to announce more tax credits in the coming months.

Clinton’s proposed tax credit reflect a broadening rift with the other candidates in the Democratic field. Her tax credit proposals go beyond a pledge she has made not to raise taxes on families earning $250,000 per year, a policy that Obama promised to uphold during his 2008 and has maintained throughout his presidency.

“I was actually the only one on that debate stage who will commit to raising your wages and not your taxes,” Clinton said after the second Democratic debate.

Sanders and O’Malley, meanwhile, have argued that a progressive agenda requires some higher taxes. For example, a paid family leave bill in the Senate proposed by a Clinton ally, Sen. Kirsten Gillibrand would raise a small tax on middle income earners.

“Secretary Clinton is right: Governor O’Malley does support paid family leave, and he supports paying for it,” said O’Malley deputy campaign manager Lis Smith. “She is trying to have it both ways on this issue — making promises she can’t pay for, and playing the age-old Washington game of promising a chicken in every pot.”

Clinton has said her costliest plans, like her $350-billion proposal for debt-free tuition at public universities, would be paid for by limiting tax deductions for the wealthy. Economists say the pledge not to raise middle class taxes could limit some of Clinton’s budget options as president, but she could still pay for expensive programs by raising taxes on the wealthy.

“There’s still room for a strong, progressive agenda that relies on reducing tax breaks to the wealthier Americans,” said Harry Stein, director of fiscal policy at the Center for American Progress, a think tank with ties to both Obama and Clinton. “There’s a lot of room to raise revenue at the top.”

The Democratic frontrunner has said she would discuss additional tax breaks on Sunday in Iowa and a range of other cuts in the months to come.

Read Next: What to Know About Hillary Clinton’s Economic Proposals

Correction: This story originally misstated the date Hillary Clinton made the call for middle class tax cuts. It was Friday, Nov. 20 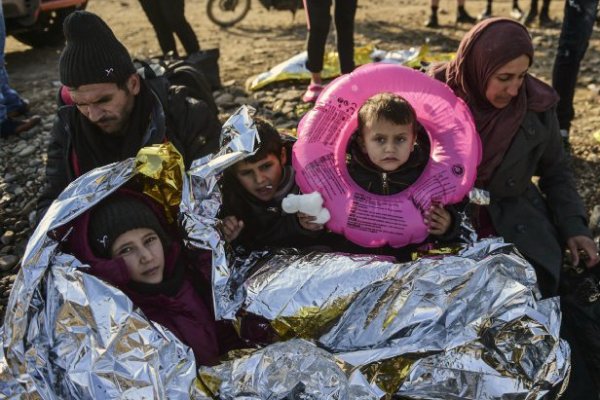 Are the Syrian Refugees All 'Young, Strong Men'?
Next Up: Editor's Pick