As world leaders converge on Paris Monday to begin a much-anticipated round of climate change talks, it will be only the 21st session of the conference of the parties to the U.N.’s climate-change framework treaty. But the world has worried about climate change and its effects for far longer.

The hole in the ozone layer brought the issue into focus for many non-experts in the 1980s, but scientists have been aware that the Earth’s climate is changing—and that human actions can affect that change—for over a century.

During the first industrial revolution, increased use of fuels like coal coincided roughly with the discovery of the role of atmosphere in regulating climate. By the end of the 19th century, the Swedish scientist Svante Arrhenius had made the connection that the carbon dioxide caused by that coal could affect the climate. As TIME later explained, “his contemporaries scoffed” at the idea.

As the American Institute of Physics has pointed out, it wasn’t until the 1950s that circumstances supported a wave of research on the topic: a Cold War-era emphasis on scientific advancement combined with then-impressive computer power and the decision to declare 1957–8 the International Geophysical Year, a planet-spanning collaborative research effort.

It was around that time that Roger Revelle of the Scripps Institution of Oceanography made a discovery: according to his research, human activity was adding more carbon dioxide to the atmosphere than nature could handle. Though he wasn’t yet sure whether that greenhouse effect was the cause of recently observed warming, other scientists had already jumped to that conclusion. The results of that process, TIME reported all the way back in 1956, could prove disastrous:

Today, nearly 60 years later, New York and London remain above ground—but it’s more clear than ever that Revelle was right to worry.

Read a 1987 cover story about global warming, here in the TIME Vault: The Heat Is On

Read a 1992 cover story about the Rio climate conference, here in the TIME Vault: Coming Together to Save the Earth 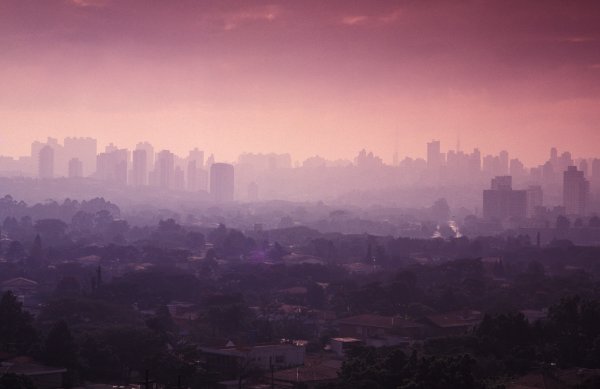