Texas Sen. Ted Cruz made a notable break with Donald Trump Friday when he denounced Trump’s comments that he would make Muslims in America register in a database.

Cruz has been careful not to attack Trump on the trail, likely because he hopes to scoop up Trump supports if the business mogul drops out of the race. So he was careful to couch his statement by beginning, “I’m a big fan of Donald Trump’s,” Politico reports.

Trump stood by his position Thursday, saying that he would “absolutely” make Muslim Americans register in a database as a security measure after the Nov. 13 Paris attacks that left 129 dead.

Former Florida Gov. Jeb Bush also pushed back against Trump’s suggestion of a registry of Muslims.

“It’s not a question of toughness. It’s manipulating people’s angst and their fears,” he said on CNBC’s Squawk Box. “That’s not strength. That’s weakness.”

Trump later clarified his thoughts on Twitter, attributing the database idea to a reporter. 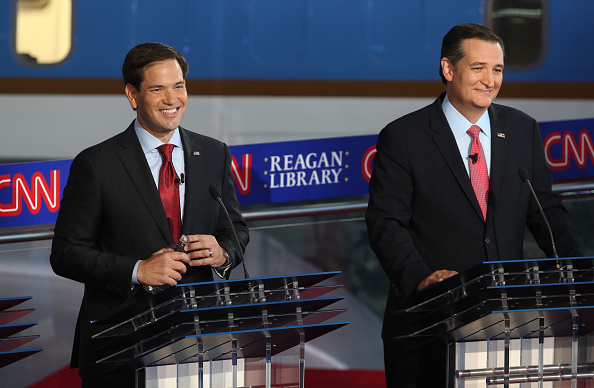