A Utah school has canceled an assignment that tasked 9th-graders with creating a terrorist propaganda poster as a way of learning about the recruitment methods of the Islamic State of Iraq and Greater Syria (ISIS). At Salem Junior High, in Salem, Utah, a teacher developed the assignment so that students would “understand how propaganda can be wrong and lead people incorrectly,” a school district spokesperson told the Associated Press.

Multiple parents called the school to complain about the assignment. One voiced concerns that their child might end up on a federal watch list after looking up websites tied to terrorism on the Internet in order to complete the assignment. More than 60 students were given the assignment, which also included a worksheet listing “8 Reasons Young Muslims Join ISIS.”

The teacher who gave the assignment won’t be disciplined, according to a school district official. 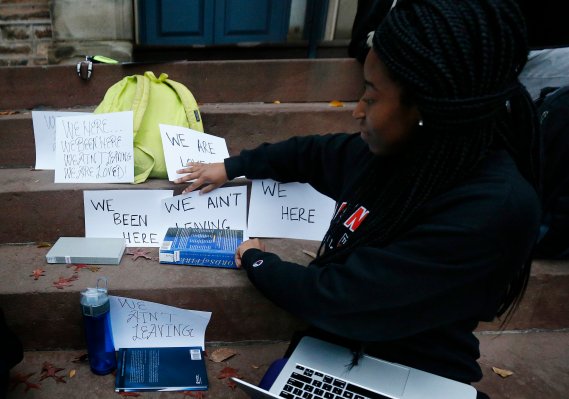