Are the Syrian Refugees All 'Young, Strong Men'?

At a number of events this week, leading Republican presidential candidate Donald Trump has repeated claims that the Syrian refugees the U.S. is taking in are strong young men as part of his fear that those seeking asylum could carry out terrorist attacks.

In an interview with Yahoo News, Trump said:

And during a speech at an event in Worcester, Massachusetts, he said:

Trump is not alone among Republicans in calling into question whether the U.S. should admit Syrian refugees, but his claim that those seeking admission here are almost all “young, strong men” is somewhat unique. It’s also not entirely true.

The United Nations has registered over 4.2 million Syrian refugees, a step in seeking asylum from other countries, and has a demographic snapshot of about half of them. Of the 2.1 million registered in Egypt, Iraq, Jordan and Lebanon there’s a pretty even split in gender: about 50.5% are women and 49.7% are men. For men and women, the bulk of refugees (a little under a quarter each) are between the age of 18 and 59.

In Europe, over 800,000 migrants have traveled to Europe by sea in 2015, according to the United Nations refugee agency, and a little over half have come from Syria. About 62% of all migrants that have traveled to Europe this year, however, are men. A little under a quarter, 22%, are children and only 16% are women. The New York Times reported in October the mass exodus of men to parts of Europe could cause problems in both the countries they leave and the countries they enter. The head of the International Organization for Migration in Turkey told the Times: “We know on the positive side that migration can boost economies and trade and lead to cultural exchange … But if it is mismanaged, it becomes a problem for both the receiving states and the countries left behind.”

In the U.S. alone, a little over 2,000 Syrian refugees that have been admitted to the U.S. since 2001, though the U.S. has plans to resettle 10,000 refugees by next year. Throughout this week, the Obama administration has defended the process for screening refugees, a process it says is stringent and prioritizes the most vulnerable. On a background press call this week, a senior State Department official gave the following breakdown of exactly who has been let in:

Trump isn’t exactly wrong—many of the refugees seeking asylum in Europe are indeed young men. But as the TIME’s Karl Vick wrote in September, many of the men are fleeing the same enemy nations across the world find themselves up against. 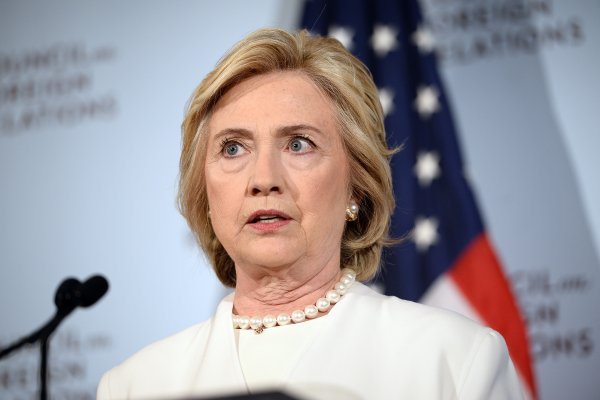