Beds for the homeless are prepared inside the Community Inn homeless shelter in Lexington, KY on Nov. 19, 2013.
Bloomberg/Getty Images
By Maya Rhodan

The Department of Housing and Urban Development has proposed a new rule that would require emergency shelters to house transgender men and women based on their gender identity.

The new rule is an update to an existing policy that barred discrimination against lesbian, gay, bisexual and transgender people seeking public housing or housing assistance from the federal government. Under the proposed rule, the Department would provide access to housing and services based off of a persons gender identity, not the gender they were assigned at birth.

“A person seeking shelter is already in a very vulnerable situation, and they deserve to be treated with dignity when they request our assistance,” said HUD Secretary Julián Castro. “This rule takes us one step closer to full acceptance of transgender men and women, and will ensure they receive the proper services that respect their identity.”

The rule would have the most impact on sex-specific shelters, which would have to house transgender people based which sex they identify with, not the sex they were born as. For clarity, a transgender woman would be housed in a women’s shelter, not a men’s one. A 2011 study on transgender discrimination found that while one third of transgender people seeking asylum in homeless shelters were denied because of their gender identity, about 42% were housed in shelters that did not align with their sex. While in the shelters, people reported being subjected to harassment, violence, and sexual assault.

“Transgender people’s lives are at risk all over the country today because shelters refuse to house them appropriately,” said Lisa Mottet of the National Center for Transgender Equality. “This action by HUD advances a common-sense approach that has worked in many communities for over a decade.”

The Center for Transgender Equality has long been advocating for better protection of trans men and women seeking shelter; according to the Center for American Progress, of the 1.6 to 2.8 million homeless youth on the street, about 20 to 40% are LGBT, even though they make up between 5 to 10% of all youth.

The rule was announced on the International Transgender Day of Remembrence, a holiday that commemorates the deaths of trans men and women across the world that have been killed.

Read Next: Pentagon to Lift Transgender Ban in the Military 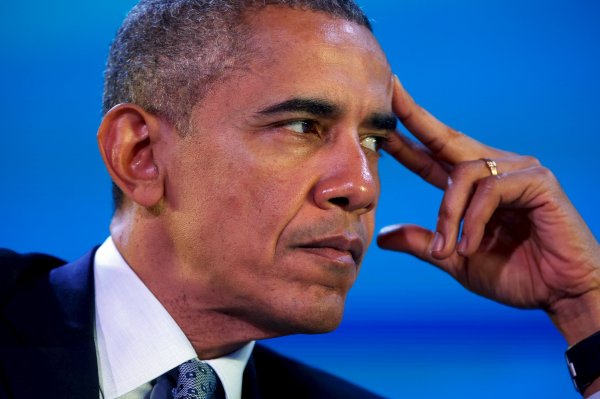 Obama to Veto Refugee Bill
Next Up: Editor's Pick