Louisiana Governor Bobby Jindal announced that he was suspending his presidential campaign on Tuesday. Jimmy Fallon invited comedian Aziz Ansari to The Tonight Show Thursday to reprise his impression (which we first saw a few weeks ago) and discuss this news.

Ansari is generally a very enthusiastic person, and he brought an extra helping of enthusiasm to his role as Jindal. He uses a Star Wars metaphor to explain his new campaign slogan: “Thaw It Out!” (He says he plans to freeze his campaign until 2020 and then “thaw it out” then.)

The comedian’s been getting tons of praise for his new TV show, Master of None, but clearly we should all be applauding his Bobby Jindal impression too.

Read next: Why Bobby Jindal Is Quitting the Presidential Race 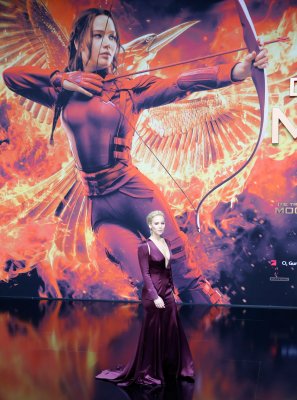 Jennifer Lawrence Removed From Some Hunger Games Posters in Israel
Next Up: Editor's Pick