A young girl who was displaced by the earthquake walks inside a UNICEF tent at Tudhikhel makeshift camp in Kathmandu, Nepal on May 4, 2015.
Buddhika Weerasinghe—Getty Images
By Jeffrey Kluger

The most important resolution the United Nations ever passed is also the one of the most head-smackingly obvious ones. It’s been in force since Nov. 20, 1959 and in a perfect—or at least better—world, it would not have been necessary at all. It’s the straightforwardly named Declaration of the Rights of the Child, guaranteeing every child on the planet a name and a nationality, the right to “grow old and develop in health,” to be “protected from racial, religious and other forms of discrimination,” and to have, most fundamentally, a happy childhood.

So, how’s that going?

In recognition of the resolution, every Nov. 20 is now observed as Universal Children’s Day, and that has been an occasion to evaluate the progress that has been made and, too often, the ground that has been lost. The news this year, as in so many other years, is decidedly mixed.

Easily the happiest development for children worldwide is the continued plunge in the rate of under-five child mortality. As recently as 1990, roughly 12.5 million children a year died before their fifth birthday—a stadium-sized 34,000 children every day. That number, UNICEF reports, has now been slashed by 53%.

Most of the improvement has come from simple interventions, such as robust vaccination programs against polio, measles, diptheria, pertussis and more; the introduction of bed nets and other preventives against malaria; and effective prevention and rehydration treatments to reduce cholera deaths. But cutting a 12.5 million child mortality figure more than in half still leaves 5.9 million annual under-five deaths, or 16,000 per day.

The worse news hidden in that lingering bad news is that the majority of those deaths come even earlier—newborns claimed in their first year or even first day of life. But the good news buried deeper still is that the interventions in these cases are even simpler.

Most of the neonatal deaths can be prevented by simple measures like exclusive breast-feeding and proper care of the umbilical cord to ensure that it is cut by sterile instruments and that the small stump the baby carries for the first week or so of life is cleaned regularly until it drops off of its own accord. Just as important—and wonderfully easily in most cases—is kangaroo care, or ensuring that the baby is kept in constant skin contact with the mother or, when necessary, other caregivers.

The need for these interventions is especially acute in sub-Saharan Africa. While under-five deaths have fallen an extraordinary 69% in Eritrea, 71% in Niger, and 74% in both Malawi and Rwanda, according to UNICEF numbers, infant and newborn deaths in all of those countries have risen—in some cases doubling—eroding the overall gains.

For children across the age spectrum, the near-eradication of polio is another global success story. As recently as 1989, polio raged across 125 countries, claiming 350,000 children every year. Now, it is endemic in just two countries—Pakistan and Afghanistan—with just 50 cases so far this year, compared to about 300 last year. UNICEF, Rotary International, the Bill and Melinda Gates Foundation and other groups are looking at 2016 as the year that that number will at last be brought to zero—though it will take three more polio-free years before the disease will be declared eradicated.

In many places, that final eradication require one more sweeping round of vaccinations, this time with the inactivated polio vaccine (IPV, or the Salk vaccine) instead of the oral polio vaccine (OPV, or Sabin vaccine). In much of the world, OPV has been the vaccine of choice simply for ease of administration—it can be delivered with just a few drops in the mouth, as opposed to requiring an injection. However, it uses a live, weakened virus, which occasionally can mutate and—very rarely—actually cause the disease, either in children who have been vaccinated or in other people who come in contact with them. IPV uses a killed virus, which can never cause the disease, and a vaccination campaign with that formulation will be used to wipe out any mutated virus lurking in the wild.

The worst developments for the world’s children come not from the deadly impact of disease, but from the deadly—or at least abusive—behavior of the adults around them. Child marriages are on the rise, with 14.2 million girls per year—or 39,000 per day—being forced to marry under the age of 18. More than a third of those girls are under 15. By 2030, it is estimated that one in three child brides will be in Africa alone—a trend that will be addressed at the African Union Girls Summit, planned for this November 26 and 27, in Zambia.

Wars and other unrest are working their own kind of ugliness. An estimated 246 million children worldwide grow up in places that meet the U.N. definition of conflict zones, with increasing numbers of young children forcibly recruited to fight. The Central African Republic is the bloodiest of all places for children—a country one UNICEF official balefully described to TIME recently as “the worst place in the world”—with one child every day being killed by an ongoing civil war and roughly 1o,ooo forced to join the fighting.

In some countries, the biggest risk to children is the absence of something the developed world often disdains: bureaucracy. The lack of a functioning civic infrastructure can mean that births are not registered, and those undocumented children, in many important ways, do not exist at all. They miss out on vaccines and schooling and are easier to force into military service. The recent Ebola crisis—with mothers unable to get to hospitals that were either not functioning or overwhelmed—resulted in an estimated 60,000 new, unregistered births. Worldwide, however, the numbers of unregistered births are trending downward, with India—the second most populous country on the planet—in the lead, more than doubling its registration rates.

Taking care of the world’s children really ought to be a lot easier than not taking care of them. The most powerful line of genetic code our species carries is to protect and nurture not just our own daughters and sons, but those of the rest of the world. That is the only way the species goes on at all. A Universal Children’s Day is a good time to feel sorrow for the fact that we forget that simple truth—and pride at the work that’s being done to set things right. 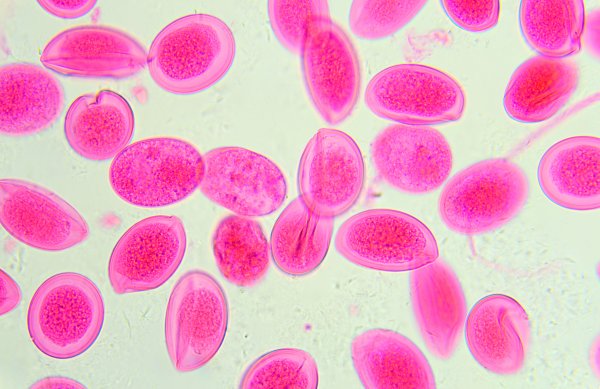