Amit Singhal, senior vice president and software engineer at Google, uses a prototype lapel pin modeled after the communicator badge from Star Trek. The device, which never left the testing phase, uses a microphone to listen to a user's voice and can use Bluetooth to send those commands to another device.
Google
By Victor Luckerson

Google developed a prototype wearable device based on the communicator in Star Trek. In science fiction, Captain Picard and his crew used their lapel pins to talk to the artificial intelligence and crew onboard the Starship Enterprise. In real life, the search giant created a circular device with a built-in microphone and Bluetooth allowing it to connect to a smartphone. The prototype was described to TIME in an interview by Amit Singhal, the executive in charge of the firm’s search initiatives.

The concept was intended to test out how users might interact with voice search in new ways. Worn on the chest, the Google pin was activated with a light tap. The prototype (pictured above) might output sound through an onboard speaker or by connecting to headphones. The idea was to make it easier for people to query to Google without having to fish out their cell phones. “I always wanted that pin,” Singhal said. “You just ask it anything and it works. That’s why we were like, ‘Let’s go prototype that and see how it feels.’”

The device hasn’t left the testing phase but illustrates how far Google is willing to go to chart the future of search. The company is trying to redefine the way people access information through voice search, which is getting more adept at understanding natural language, as well as Google Now, a predictive service that tries to surface valuable information for users before they even think to search for it. Apple, Amazon, Facebook and Microsoft are all aiming to develop similar services.

Google engineers have had a long, well-documented obsession with Star Trek—in particular, the supersmart computer aboard the Enterprise. Google executives regularly bring up the Star Trek computer in interviews, and in product meetings Googlers sometimes reference the long-running television series when discussing upcoming features.

For more, read TIME’s feature story on Google’s search for its future. 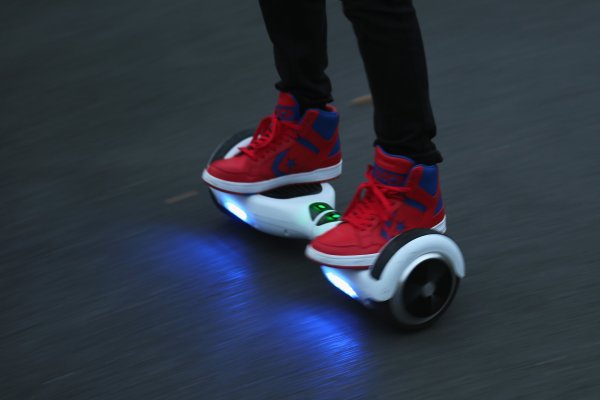