This week is TIME’s last at the Rockefeller Center building that Time Inc. has called home for over half a century. Most of the notable days at the building involved the business we’re in: news. But, as TIME reporters and editors prepare to move to Lower Manhattan to the company’s new headquarters, here’s a look back at just a couple of the quirkier highlights from throughout the years:

1. Marilyn Monroe celebrated a club for sidewalk gawkers
As Rockefeller Center was being built in the 1930s, New Yorkers had a tendency to gawk at the construction—so much so that, according to legend, John D. Rockefeller himself ordered the construction of a dedicated shelter from which the “sidewalk superintendents” could watch in safety. (And, perhaps more importantly, not get in the way of the actual work being done.) The clubhouse of sorts was home to an organized group of dedicated fans, complete with membership cards and tongue-in-cheek rules. In 1957, when construction got underway on the new (now-old) TIME & LIFE Building, the Sidewalk Superintendents’ Club was reborn, with none other than Marilyn Monroe presiding over the ribbon-cutting festivities. According to contemporaneous reports, she was two hours late.

When Young Americans Were TIME's Person of the Year, This Man's Face Helped Inspire a 'Portrait of a Generation'

2. They put a 2,000 lb. tree on the roof
Rockefeller Center is known today for its Christmas tree, but the TIME-LIFE Building gave Christmas quite a go: “The highest Christmas tree in New York, a 64-ft. metal “tree of lights,” shines atop the TIME & LIFE Building,” the publisher informed readers in 1961. “It weighs more than a ton, lights up with more than 2,000 bulbs, and is firmly braced against winter’s worst.”

3. Staffers and their guests drank 128 glasses of wine in the name of journalism
There was only one way to write a cover story about American wine, for the TIME staff in 1972: taste it all. (Well, probably not all.) “Reporter-Researcher Eileen Shields tracked down wine experts, investors and merchants in the East. She also assembled an eight-member board of oenologists to act as TIME’s advisory experts on the relative merits of U.S. and French vintages,” readers were told that week. “The group, including Wine Critics Frank Schoonmaker, Alexis Lichine and Robert Balzer, gathered recently in the Time–Life Building for some serious sipping, sniffing and critical evaluation. Their efforts resulted in a consumer’s guide to “the Battle of the Bottles”—and 128 slightly used wine glasses.”

4. Bobby Fischer dragged one of the building’s chairs to Iceland
O.K., so this moment takes place pretty far away from the building. In Iceland, in fact. What happened was that the company commissioned Charles and Ray Eames to design the reception rooms for TIME in the new building, and their work included a Charles Eames chair. When editors moved into the space, the lore goes that they decided the chairs were so nice that they wanted to keep the chairs themselves rather than let random people sit in them. Some top staffers were notorious for hoarding them and moving them whenever they switched offices. But it wasn’t just the staff. Bobby Fischer somehow took a liking to the seat, deciding it was perfect for chess-playing. When he took on Boris Spassky in Iceland in 1972, it was while sitting on an Eames TIME-LIFE chair that he’d had brought over for the occasion.

5. Staffers produced a magazine in the middle of New York City’s most famous blackout
When the lights went out in 1977, the TIME staffers who were working late got a rude surprise: 26 flights of stairs to walk down when the elevators stopped moving Wednesday night. “To write their reports, the correspondents returned on Thursday to the officially closed, eerily deserted Time–Life Building, where a skeleton staff was working without air conditioning or normal lighting,” the magazine’s publisher noted. “An emergency generator installed after the ’65 blackout was used to run one elevator and the telex machines.”

For your security, we've sent a confirmation email to the address you entered. Click the link to confirm your subscription and begin receiving our newsletters. If you don't get the confirmation within 10 minutes, please check your spam folder.
Inside TIME's Time Capsule 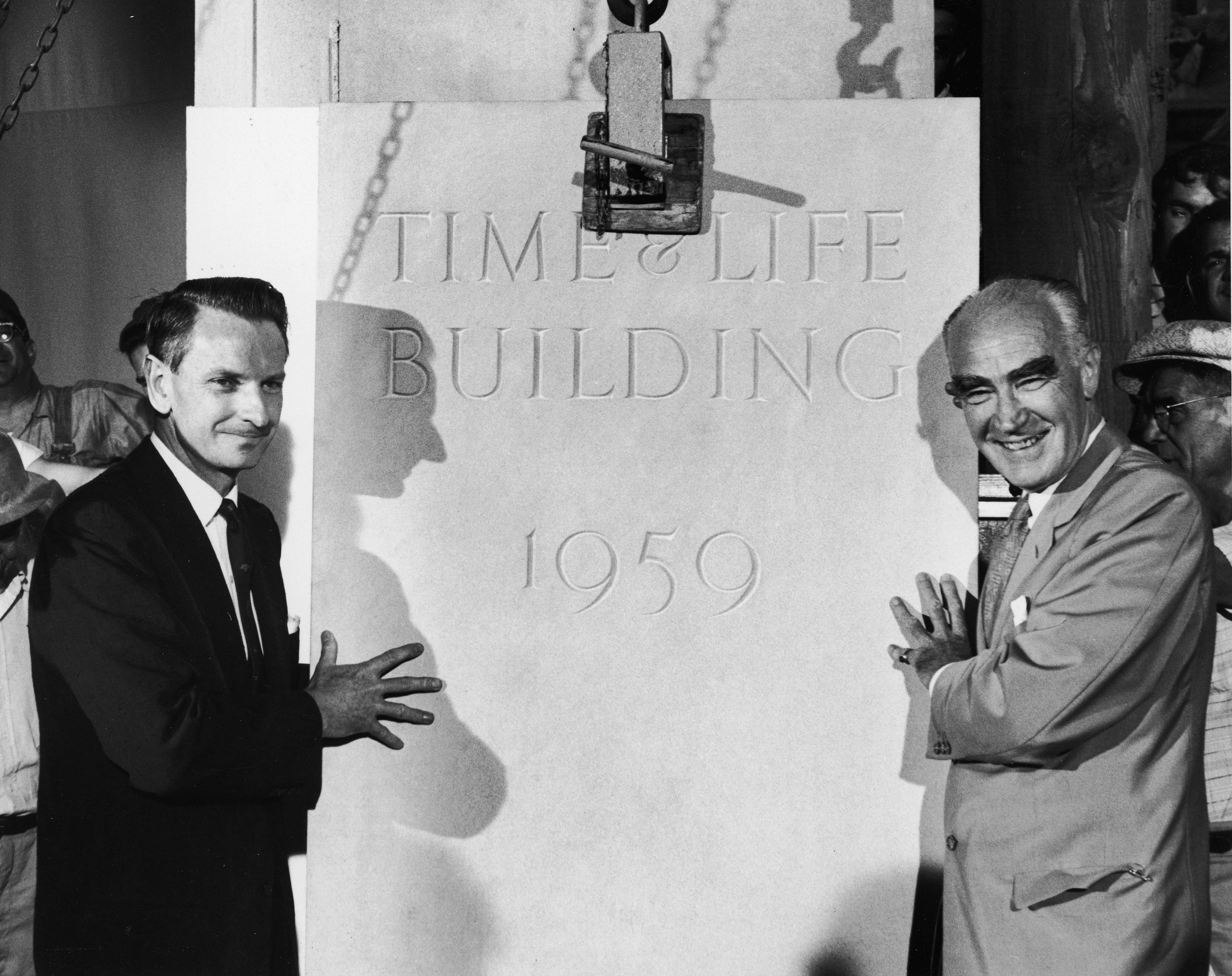 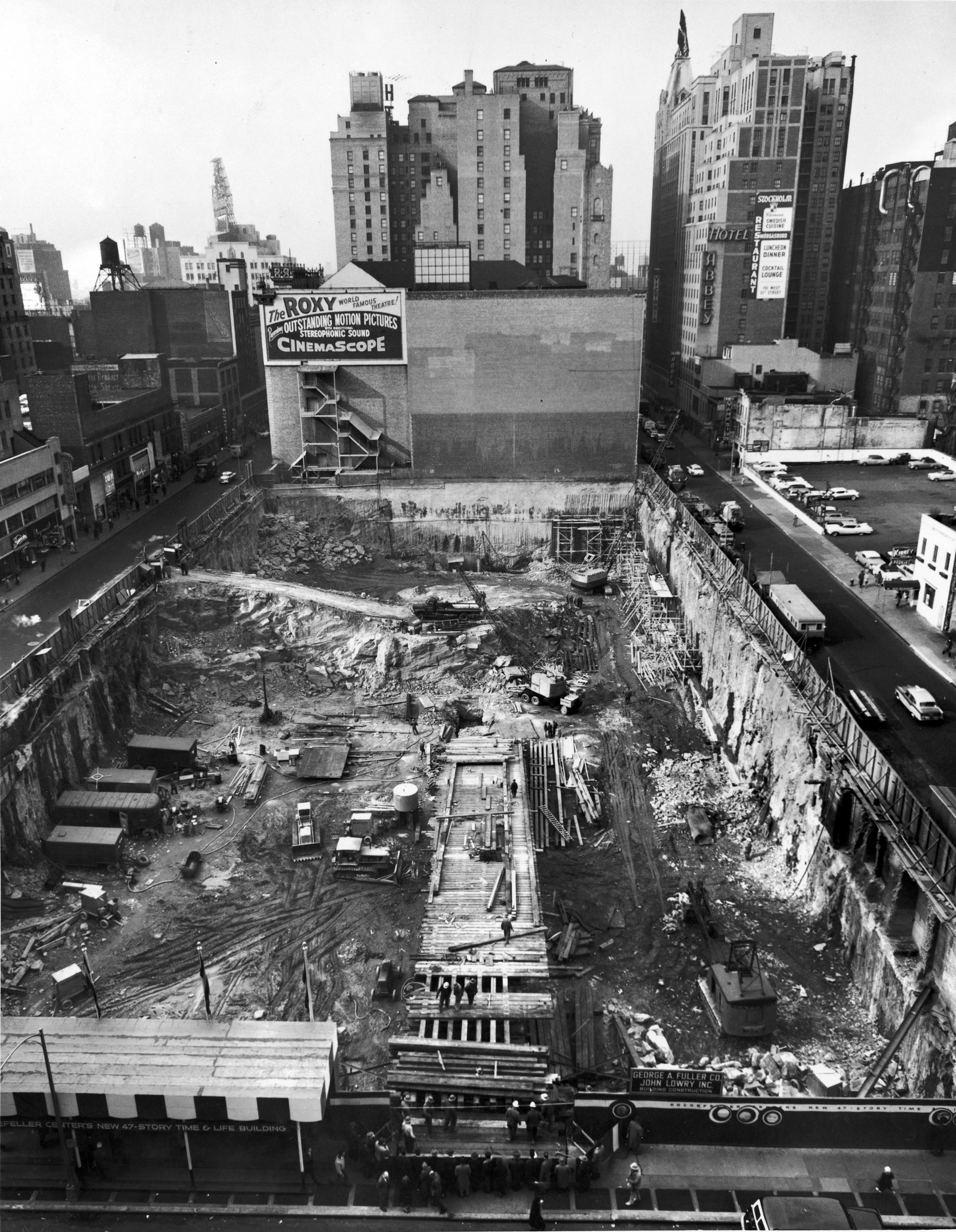 Construction of the Time & Life Building at Avenue of the Americas and 50th Street, 1957.
Dmitri Kessel—The LIFE Picture Collection/Getty Images 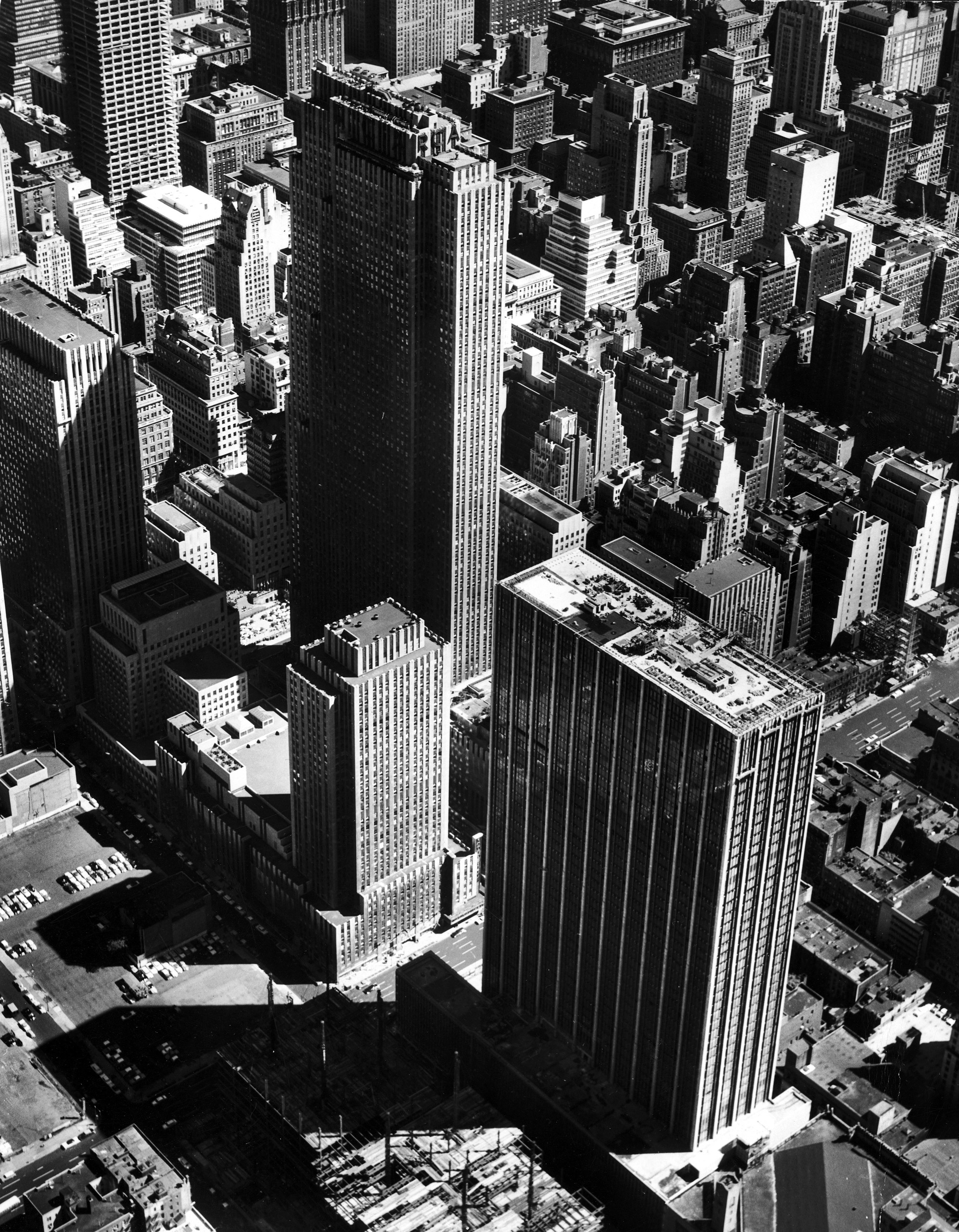 Aerial view of the Rockefeller Center complex of buildings, at the center of which is the tallest, the RCA Building. In the foreground is the nearly completed Time-Life Building (1959, Harrison, Abramovitz, & Harris), where the company moved after its residence in the Time & Life Building at 9 Rockefeller Plaza.
William Sumits—The LIFE Images Collection/Getty Images 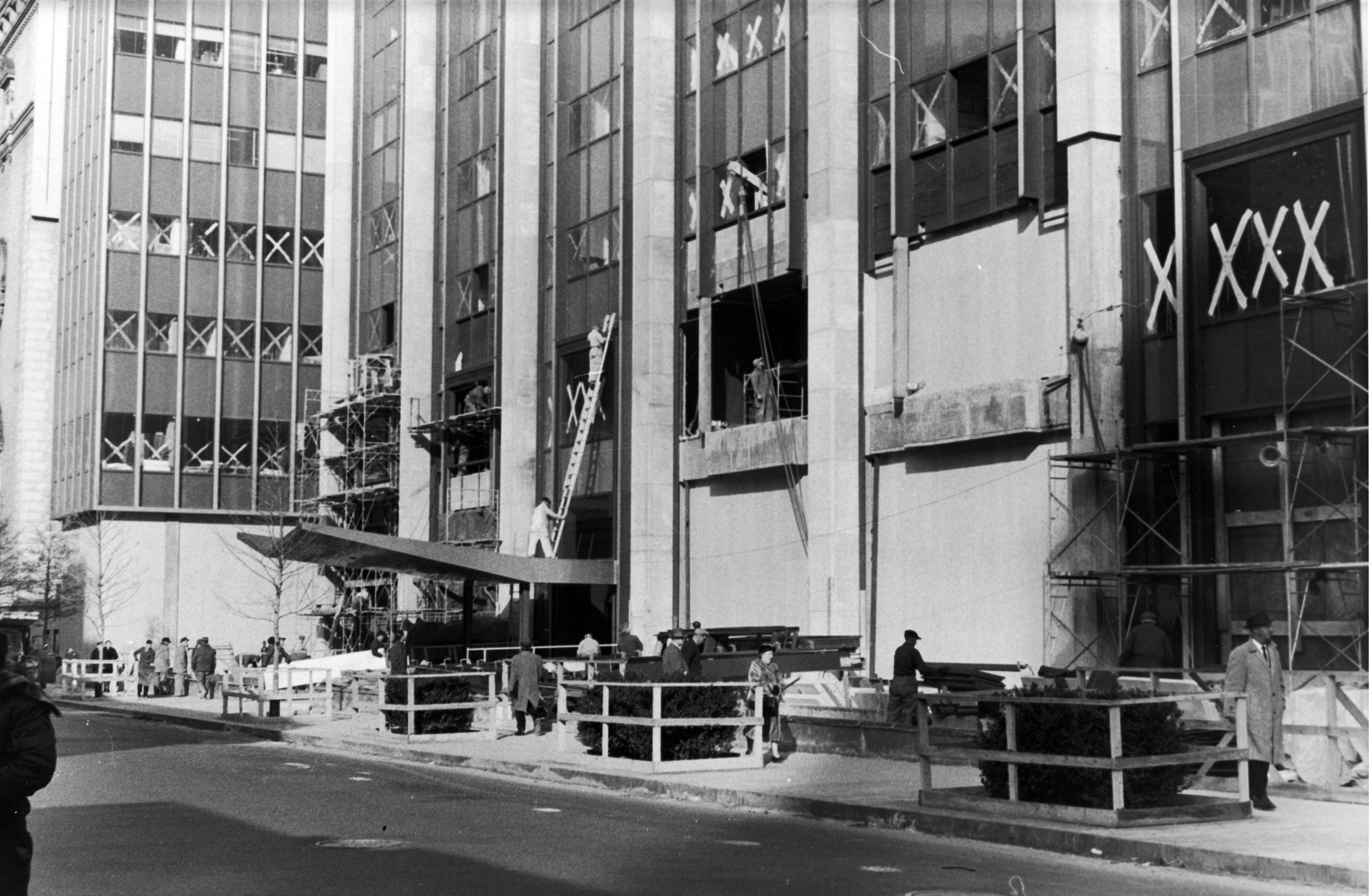 Construction of the Time & Life Building at Avenue of the Americas and 50th Street, 1959.
Margaret Norton—The LIFE Picture Collection/Getty Images 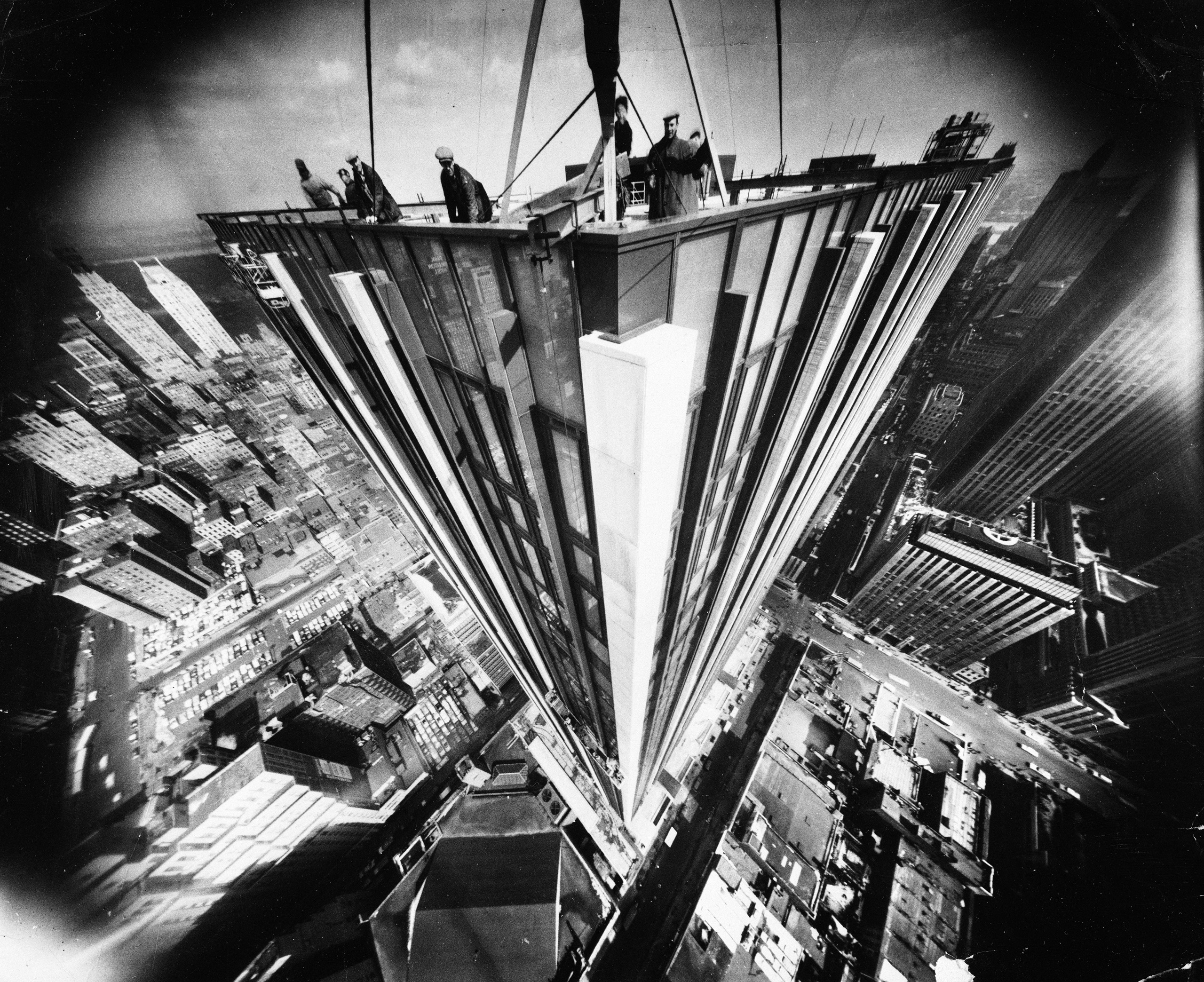