Bataclan Manager Vows Venue Will Re-Open: 'We Will Not Surrender'

Although dozens of people were murdered Friday at a concert in Le Bataclan nightclub, one of the venue’s managers says the show must — and will — go on.

“It will reopen, no question about it,” said Dominique Revert, the club’s co-manager, Billboard reports. “Hearts will be heavy for a few months, a few years. But we will reopen. We will not surrender.”

Revert wasn’t present Friday when three gunmen opened fire during an Eagles of Death Metal concert at Le Bataclan. The club was first opened in 1864, and since it became a live concert venue by the early 1970s, it has hosted shows from artists such as the Velvet Underground, Jeff Buckley and Kanye West.

The Nov. 13 terror attacks in Paris left 129 people dead, including 89 who were at Le Bataclan. 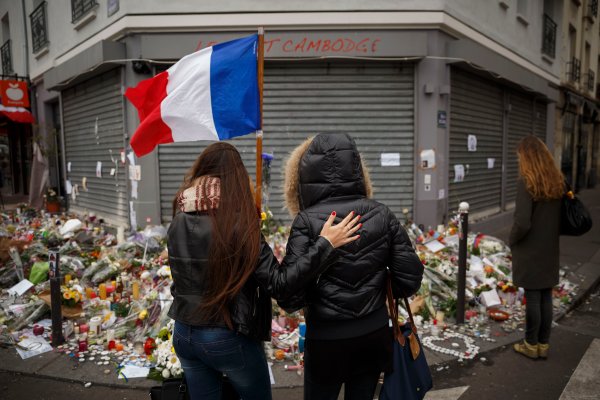 These 5 Facts Explain the Dire Economic Costs of the Paris Attacks
Next Up: Editor's Pick