The Small Truth Behind the Big Myth of Thanksgiving

Few would be surprised to learn that the story of the First Thanksgiving is mostly a myth. The idea that the Massachusetts Pilgrims and their Native American neighbors broke bread together in 1621 to celebrate the bounty of their harvest reads like a tale for children.

In 1970, on the 350th anniversary of the Pilgrims landing at Plymouth, TIME took note of the myth’s staying power and the darker nature of the truth. “The Pilgrims do not deserve the sentimental image created for them by Longfellow and his contemporaries in the 19th century, when the name Pilgrim itself finally began to catch on,” the magazine observed. “They had to be, and were, considerably tougher to surmount the brutal odds threatening their survival—one aspect of the myth that has not been exaggerated. During the first winter, cold, disease and famine cut their number in half—13 out of the 18 wives who came on the Mayflower died.”

As shown in this clip from the new Ric Burns documentary The Pilgrims, which will premiere on PBS on Tuesday evening, the bounty of that ‘Thanksgiving’ meal is still historically significant, for marking the end of a period of deprivation–even if the Pilgrims never called it Thanksgiving or issued formal invitations to their neighbors. 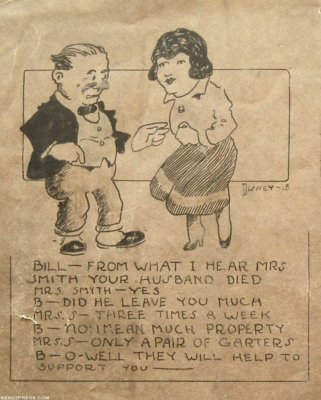 This Is One of the Oldest Known Walt Disney Cartoons
Next Up: Editor's Pick