McCarthy took her bow as AIDS commentator on Nov. 19 on her radio show Dirty, Sexy, Funny—which, OK, tells you up front that you’re not exactly getting the BBC News Hour. McCarthy’s beef concerned her appearance on the show Two and a Half Men, in which she played Charlie Sheen’s love interest and, in the course of that role, was required to exchange a kiss with her costar. Sheen, of course, recently announced that he is HIV positive; McCarthy learned of the news when the rest of the world did—not before. (Sheen’s representatives claim he had not yet been infected when McCarthy appeared on his show.)

McCarthy acknowledges that HIV is not transmissible through kissing (except in the very rare instance in which blood is exchanged in the mouth). But she goes on to say that the kiss caused her feelings of unease anyway, or as she framed it, “I go, like, Ick, ugh, that’s not fair and scary.” The audio is here.

McCarthy is not entirely without a grievance here. She points out rightly that she and other actors are required to sign forms disclosing if they carry the herpes virus and to list any medications they are taking for the condition. That at least raises the question of why HIV disclosure isn’t required too—though, again, kissing can indeed be a vector for transmission of herpes, while it is not for HIV.

And it is fair too to acknowledge that even in the era of antiretroviral medications, which for many people make HIV nothing more than a chronic, manageable condition, there is still a great deal of fear surrounding the disease.

But it remains true all the same that any danger Sheen posed to McCarthy was essentially imaginary. And yet McCarthy has gone public with her unfounded fears—or at least her expedient umbrage—all the same.

Another celebrity in a similar situation—one who had not spent years committing the high moral crime of terrifying parents into denying their children the protection of routine vaccination—might have earned more public understanding for any unease she felt over exchanging an onscreen kiss with Sheen. But whatever credibility McCarthy might have had as a spokeswoman, as an advocate for parents and children, and certainly as a commentator on public health, has long since been destroyed by her own reckless hand. With that went any legitimate claim on the public’s sympathies.

McCarthy has lately gone dark on the topic of vaccines—driven to long overdue silence by a backlash against such wanton rumor-mongering. Extending that self-imposed gag rule to all matters medical would likely serve her well. 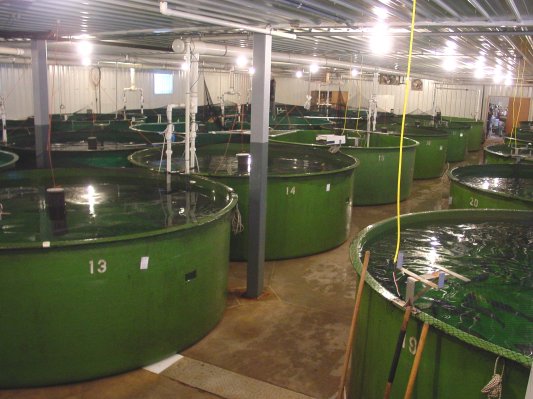 7 Things You Need To Know About GMO Salmon
Next Up: Editor's Pick