By Center for Responsive Politics / Robert Maguire and Will Tucker

For two consultants working to help put Carly Fiorina in the White House, the legal firewall between campaign and super PAC must look more like a mirror. As one moves, so does the other; as one takes thousands of dollars in salaries and sets up a skeletal business entity to receive even more, the other does, too.

The two, Stephen DeMaura and Frank Sadler, are both Republican consultants Fiorina has tapped before. They’ve been in business together. But now, with DeMaura working for CARLY for America, the super PAC backing Fiorina, and Sadler managing her campaign, the two can’t legally coordinate operations.

That hasn’t stopped them from adopting strikingly similar, and quite successful, approaches to bringing in cash for themselves from Fiorina’s presidential aspirations. So far, DeMaura appears to have received almost $319,000 for his efforts, while Sadler has taken in just under $675,000. A polling operation they ran jointly brought in another $5,600.

On the super PAC side, the set-up looks like this: The group paid $273,337 to a firm called Tarbell Companies, Inc. between March and May 2015, Federal Election Commission records show. The entity is a Delaware corporation with bare-bones business filings and few other appearances in public records databases — but what records exist tie the company to DeMaura, a fact that has not been reported previously.

CARLY for America made all its payments to Tarbell during those weeks for a purpose described as “strategic consulting.” The disbursements made Tarbell Companies the largest contractor to Fiorina’s super PAC by a large margin.

Delaware law requires very little disclosure for entities incorporated in the state. But an annual tax return filed recently by a prominent politically active nonprofit, Americans for Job Security, establishes a connection between the group’s president — DeMaura, who also runs CARLY for America — and Tarbell.

DeMaura has been president of Americans for Job Security since 2008, and the last two annual tax returns filed by the group have listed small reimbursements made by AJS to Tarbell Companies. The payments, $25,000 and $500, are much smaller than the sizable paychecks DeMaura himself has received from AJS in recent years. With an annual salary that hovers between $130,000 and $160,000 a year, he also took home an additional $382,574 bonus in 2013, the same year the group’s revenues fell from a $51 million to $817,975. DeMaura’s total compensation that year made up nearly 19 percent of AJS’ total expenditures.

Meanwhile, CARLY for America also paid DeMaura a $3,692 biweekly salary — equivalent to nearly $100,000 on an annualized basis — for his services as the super PAC’s director. Currently available FEC and IRS data don’t show any other clients paying Tarbell for its services. The only links to the company are organizations tied to either DeMaura or to Carly Fiorina.

Then, on the campaign side…

A longtime political consultant who is Fiorina’s campaign manager, Sadler — who was treasurer of Fiorina’s 2010 Senate campaign — is paid more than $4,000 every two weeks by Carly for President, the candidate’s official campaign committee. The campaign has also made at least one payment of $5,724 to a firm called MLJ Consulting operated out of a P.O. Box in Alexandria. The company was incorporated in August 2014 with Sadler listed as the only initial director of the corporation; his home address is given as the corporation’s principal office.

Like DeMaura and Tarbell, Sadler and MLJ have no clients that aren’t tied to Carly Fiorina, according to available data. In fact, records show that Tarbell Companies and MLJ Consulting had only one other client before their current Fiorina gigs: Unlocking Potential PAC, a super PAC started by Fiorina herself in 2014 in order to develop messaging targeted at “independent female voters.” At the time, her two consultants, Sadler and DeMaura, were in business together, having formed Vox Populi Polling that year.

In all, about 31 percent of Unlocking Potential’s overall spending went to MLJ Consulting, and the firm had no other clients in 2014, according to FEC data. Another firm that employed Sadler, Clove Strategies, was paid an additional $21,136 in October 2014, for “Political Strategy Consulting.”

Tarbell was also paid $26,864 by Unlocking Potential between August and October of 2014, mostly for a purpose described as “Research Consulting/Political Strategy Consulting.” Like MLJ, Tarbell had no other clients in 2014.

Sadler did not respond to requests for comment made through the Fiorina campaign Monday. OpenSecrets Blog reached DeMaura, but he did not answer questions about Tarbell sent by email.

The payments to MLJ from Unlocking Potential have continued into the current campaign cycle. Nearly half of the $210,656 the super PAC has spent has been paid to MLJ Consulting, mostly for “Political Strategy Consulting/Staff Management.” The payments came in the first three months of this year and stopped once Fiorina announced her candidacy in early May, at which point payments to MLJ and Sadler himself begin to come from the Carly for President campaign.

It’s likely that DeMaura, Sadler or both have been paid more in recent weeks. Currently available candidate campaign reports cover expenditures only through Sept. 30, and the super PAC reports don’t go past June 30. New filings will come at the end of January 2016.

The records show that one individual has been paid directly by all three entities — the campaign and both super PACs, Unlocking Potential and CARLY for America. Sarah Isgur Flores received a one-time payroll check of $3,582 from Unlocking Potential, which she joined in February 2015 after leaving the Republican National Committee. Two months later, she was paid $48,375 by CARLY for America, the super PAC. And one week after that, Flores received an in-kind payment of $2,700 from the Fiorina campaign and then began receiving biweekly payroll checkss of $4,052 as the deputy director of Fiorina’s campaign, Sadler’s number two.

In February, the Campaign Legal Center, an elections watchdog group, noted activity by Unlocking Potential in a report about potential illegal coordination by several candidates with super PACs.

If Fiorina used funds raised by the super PAC to pay for so-called “testing the waters” activity while she mulled over a possible presidential bid, CLC Deputy Executive Director Paul S. Ryan wrote, “she is violating federal campaign finance law.” 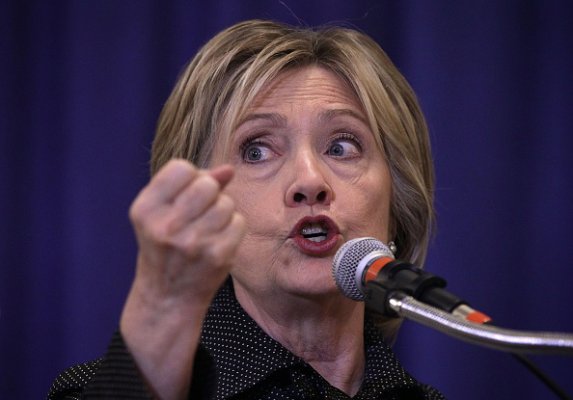