Lloyd Gaines was denied admission to the University of Missouri in 1935 because of the color of his skin. Mizzou did not admit its first African-American student until 1950.

Sixty-five years later, a Facebook post by Payton Head, President of the Missouri Students Association, described how he and other students of color were subjected to racial slurs on campus. “If this post makes you feel uncomfortable, GOOD!” he said. “That means I’m doing my job. It’s time to wake up Mizzou.” African-American students at Missouri and other campuses responded by telling their own stories: racist epithets (including the “n-word”) directed at them, security personnel persistently demanding that they prove they were not trespassing on campus, being the object of “jokes,” like the African-American student who found a photo of a lynching on her door.

Individual expression crystallized into organized protests as Missouri students expressed their pain and anger by holding demonstrations, organizing boycotts, and questioning the leadership of college officials who boasted of student diversity yet did not work for true inclusion. The protests reverberated on campuses across the country, some school officials resigned, and the media picked up the story, enabling all of us to understand more about the vexing role that race continues to play on college campuses.

It is striking that college administrators at Missouri and elsewhere have reacted to this torrent of speech and activism with offers of discussion, negotiation or even resignations—and not with the assumption that those in authority could simply shut down the protests and ignore the message. It was not always so. In the fall of 1964, for example, student activists at the University of California at Berkeley, who had been involved in the Mississippi Freedom Summer registering African-American voters, were stymied in their fundraising efforts by university regulations prohibiting on-campus political advocacy and fundraising by student organizations. When the students protested, the dean initially responded by peremptorily announcing that the regulations would be strictly enforced.

Today we assume that the First Amendment’s guarantees of freedom of speech and assembly will protect even unpopular speech and demonstrations against such claims of governmental prerogative. But it was not always so. When the ACLU was founded in 1920, protestors were being criminally prosecuted for saying unpopular things—like criticizing the draft during World War I. ACLU founder Roger Baldwin was arrested for illegal assembly for reciting the text of the First Amendment in a public setting.

Over the course of the 20th century, the ACLU and others enlisted the courts to guarantee marginalized people (conscientious objectors, labor organizers, anti-war protestors) the freedom to say things that make others uncomfortable. The fight to ensure that these First Amendment protections reach the world of digital speech has supported the instant communications essential to contemporary movements of all sorts. The Facebook community page for Black Lives Matter, for example, is more than 100,000 strong; the end of a political hunger strike was announced via Twitter.

We have made a great deal of progress on both the free speech and equality fronts in the last century. But we still cannot be complacent about our First Amendment rights. Unpopular speech still draws censorious reactions—sometimes from private individuals (protesting students at Missouri have received death threats), and sometimes from the state actors who are actually bound by the First Amendment. The ACLU has recently challenged an attempt to shut down protests in Ferguson, Missouri, and an attempted prosecution of organizers of a peaceful Black Lives Matter protest at the Mall of America. We won both cases, but we did have to go to court to force the issue.

And the point of the current campus protests is that even a diverse society is not equal when some of its members are excluded and burdened by persistent taunts and demeaning treatment.

Freedom of speech is our right. But to achieve freedom and equality, we also need to listen. 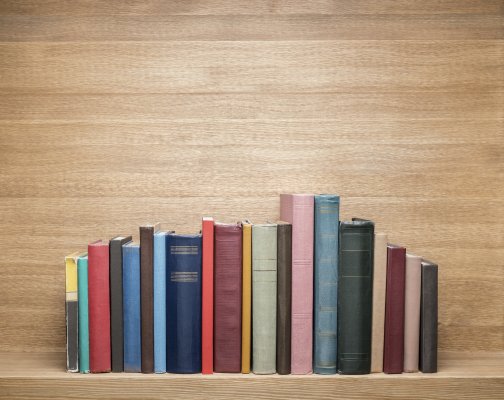 25 Books That Will Blow Your Mind, According to Amazon
Next Up: Editor's Pick