The Hunger Games Were Rigged

Having battled their way through three previous Hunger Games, the rebel forces of Panem stand poised to assault the Capitol in Mockingjay Part 2. Katniss Everdeen prepares to notch her last arrow. Archvillain and genocidal maniac Coriolanus Snow takes to the airwaves. “Our enemies don’t share our values,” the president warns his people. “They have come to bury us.”

Sound familiar? Like its predecessors, the concluding chapter of The Hunger Games franchise, in theaters Nov. 20, is a mashup of past, present and future politics, warfare and provocative allusions. Is Donald Sutherland’s archvillain Snow echoing the post-9/11 George W. Bush (“They hate our freedoms”)? Or the Cold War’s Nikita Khrushchev (“We will bury you”)? Is the uprising among the oppressed districts of Panem–whose children have traditionally slaughtered one another for the amusement of the country’s less-than-1%–an allusion to Occupy Wall Street? Or the slave rebellions of ancient Rome? (Or the Bernie Sanders campaign?) Was the original Hunger Games conceit, the choosing of “tributes” by lottery and their fight to the death in a public arena, an update of the Roman Colosseum? Or a send-up of American Idol?

As Mockingjay Part 2 brings down the curtain on a lucrative quadrilogy– $2.3 billion to date–it’s worth noting how uncanny the series has been about marrying political urgency to historical reflection, never mind the pop-cultural glitz provided by Jennifer Lawrence, who has graduated from indie actress to Hollywood superstar, an object of worship even on archery websites. Principal photography on the three-year-old series–which, like fellow YA franchises Twilight and Harry Potter, has split its last novel into two films–was completed a year and a half ago. And yet, like each previous release, the last chapter of The Hunger Games seems to have its futuristic finger on the pulse of the national mood du jour and the global state of disorder.

Some of it has to be intentional; some of it couldn’t be. It’s difficult to watch the desperate hordes seeking refuge from the Capitol in Mockingjay Part 2 and not think of the refugees of Syria, or to watch the brutalization of innocent civilians by armored authorities and not think of Tiananmen Square or Cairo or even Ferguson. We bring our own baggage to the movies. We always have.

So, no, Suzanne Collins didn’t have a crystal ball back in 2008, when she published the original Hunger Games (followed by Catching Fire and Mockingjay). But like many of her sci-fi predecessors, from H.G. Wells to William Gibson, she saw the writing on the wall and scrutinized it. Magnified it. Mythologized it. She had a sense of media present and of empires past. Her characters are Antonius, Cressida, Plutarch, Pollux. She looked at the public humiliation and inherent neofascism of reality TV, took the genre to its logical if extreme conclusion and imagined a spectacle whereby children would be fed to the figurative lions. And by which their country would be both pacified and terrified, via an entertainment medium based on public slaughter.

Yes. And it seems pretty healthy, all things considered. Millennials are presumed to have their eyes glued to their iPhones and their heads swimming in Instagrams. But their fervor for The Hunger Games reflects well on their political savvy and appreciation for metaphor. No, they are not alone as a demographic in their ardor for Katniss, Peeta (Josh Hutcherson), Gale (Liam Hemsworth) and Johanna (Jena Malone) or even the dubious feelings they harbor for rebel leader Alma Coin (Julianne Moore) and her Cheshire Cat–like aide de camp, Plutarch Heavensbee (the late Philip Seymour Hoffman, whose every appearance is like an arrow to the heart).

But for millennials, The Hunger Games is Star Wars–except that instead of a mashup of Flash Gordon, Joseph Campbell and the New Testament, what they’ve gotten is an often unpleasant allegory for the world they really live in. You can call Hunger Games escapist entertainment, but there’s been little escape from the hard realities that the series puts in your face.

Mockingjay Part 2 is a worthy conclusion to a series that’s meant so much to so many, made stars of its younger players and allowed more-established performers to shamelessly ham it up: Elizabeth Banks, for instance, as fashion disaster Effie Trinket, and Stanley Tucci, whose bouffant TV propagandist Caesar Flickerman could be the offspring of Paul Shaffer and Wendy Williams. Their costuming is the most flamboyant example of work by designers Kurt and Bart–no last names, please–who bring a sense of style even to the lowly proles of the outlying Districts. (They remain true to the spirit of their predecessors, Judianna Makovsky and Trish Summerville, who worked on the first and second films respectively.) Elsewhere, the franchise’s quality can be credited to a consistent team of filmmakers: Collins wrote the adapted screenplays, and James Newton Howard provided the moody scores.

Spearheading the epic have been producers Jon Kilik and Nina Jacobson, who weren’t afraid to tinker with the formula. Considering the grittiness of the landscapes and the Emerald City quality of the Capitol, the films have sustained a remarkably elegant look since Catching Fire, which is when cinematographer Jo Willems got behind the camera and Francis Lawrence took over the direction from the series’ originator, Gary Ross. Viewed now, back to back, the change between the first film and the second couldn’t be more dramatic: Ross, in league with Clint Eastwood’s longtime DP Tom Stern, had a visual concept based on fear–the camera darted here and there; the focus was always catching up with the point of view; the sensibility seemed to be that of a wary, wounded animal. It was smart and experimental. The departure of Ross seemed abrupt, even shocking. But the Lawrence-Willems approach was more accessible and commercial and, given the complexity of the material, probably necessary.

As cinema, Part 2 recovers successfully from Mockingjay Part 1, which was, frankly, an enormous drag: like those penultimate episodes of Twilight and Potter, it was all about setup, anticipation and reveling in its own gravity.

And maybe it’s a minor complaint, but why would Katniss, whose aversion to sentimentality helped make her a great heroine, put so many other people’s lives on the line to save Peeta, one of the more annoying male protagonists in recent movie history? Refusing to do her bit for the rebel leadership until they rescued her old Hunger Games partner seemed utterly out of character: Katniss has always sacrificed love for the cause–the whole series, lest we forget, starts with her sacrificing herself.

It was war, after all. And Katniss, for all her mythic/romantic qualities, has always been a realist. She knew that the Games were rigged, that the powers that be could change the rules at any time and that only tenacity, change and luck would bring her victory. She’s a character her most fervid audience can relate to. They too have grown up with never-ending war and a future that offers uncertainty and insecurity. The difference, at the movies, is that there’s an ending. 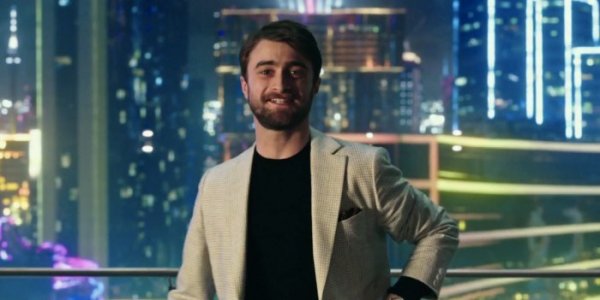 Watch Daniel Radcliffe Lose His Magic in the New Now You See Me 2 Trailer
Next Up: Editor's Pick