Around 30 students sit in in front of the office of John J. DeGioia, president of Georgetown University in Washington D.C. on Nov. 13, 2015. The sit in was in solidarity with other student protests throughout the country addressing racial discrimination on campus, including at University of Missouri and Yale University. The students also demanded the change of the name of Mulledy Hall on campus.
Astrid Riecken—The Washington Post/Getty Images
Ideas
By Margaret Williamson
Margaret Williamson is an emeritus professor at Dartmouth College.

This week Georgetown University announced plans to rename two of its buildings, Mulledy and McSherry Halls, named after school presidents involved in the sale of slaves in the 1830s. They will be known as Freedom Hall and Remembrance Hall until permanent new names are chosen. Will new names really foreground that history of slavery?

The move to rename the buildings has some strong precedents. Place names often commemorate the history and culture of dominant groups: Consider Patrick Henry’s Scotchtown plantation, Thomas Jefferson’s Italian-sounding Monticello, or George Washington’s Mount Vernon, named after a general in the successful siege of Cartagena.

Names like these concealed an unpleasant joke at slaves’ expense. Deprived of power, such names set them up to seem deficient in understanding: these “poor ignorant creatures,” the thinking went, did not even know what their own names meant. Along the way, these singular names tried to erase both the culture the slaves came from and their family networks.

So do new names erase the past? Quite possibly the opposite. In an odd way, a newly-minted name also speaks to the power of tradition. Asserting the power not just to choose but to invent your name responds to a past in which that power was denied.

Earlier this year a Duke professor argued that African Americans were to blame for their own segregation, citing their habit of giving unusual names to children and exhorting them to work harder to overcome their historical disadvantages. But his comments only revealed his own ignorance: those names were a repudiation of their disadvantaged past.

There is no simple answer to the question of what to call the Georgetown buildings. What matters is opening up the question and the history behind it. Coming at a time when racism in America is under renewed and intense scrutiny, this is a reminder of a battle that is not yet finished. Whatever happens in Georgetown, we need to make sure that the right side wins. Again.

Margaret Williamson is an emeritus professor at Dartmouth College. She wrote this commentary for the Op-Ed project, a social venture to increase the range of voices we hear. 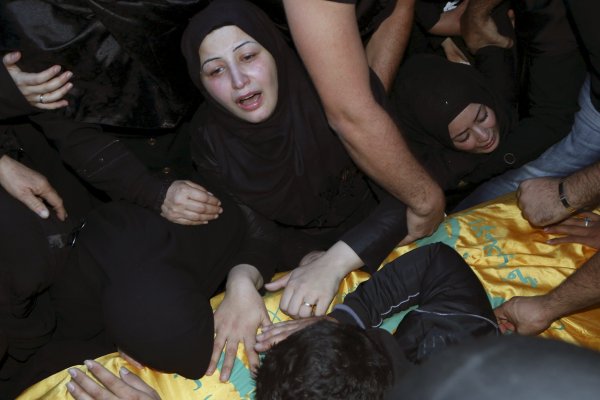 A Letter From Beirut
Next Up: Editor's Pick