Here's What the House Bill on Syrian Refugees Would Do

By Alex Altman and Massimo Calabresi

The House is expected to vote Thursday on legislation its authors say would tighten oversight of a federal program for Syrian and Iraqi refugees, an issue that has seized the national political stage in the wake of the Paris terrorist attacks.

The bill would change little about the program. It requires the Administration to certify procedures already in place, and adds a layer of oversight by the Inspector General of the Department of Homeland Security.

But the American Security Against Foreign Enemies Act (or the SAFE Act) does serve as a test of newly elected Speaker Paul Ryan’s ability to manage the more radical elements of the GOP conference.

The bill, sponsored by House Homeland Security chairman Michael McCaul, a Texas Republican, would block the settlement of Syrian and Iraqi refugees until Congress receives additional certification that asylum seekers from those countries have been subject to a thorough background investigation and don’t pose security threats to the U.S.

The legislation requires the director of the FBI to vouch for the completion of a background investigation on each refugee, as well as to certify to Congress that they are not a security risk. The Secretary of Homeland Security and the Director of National Intelligence would also be required to certify to Congress that individual refugees are not security threats. And the bill stipulates that Homeland Security officials submit monthly and yearly reports to relevant congressional committees about the program.

Syrian and Iraqi refugees are already the most heavily vetted category of people to enter the U.S., the subject of an intensive process that lasts an average 18 to 24 months. Their screening already includes background checks by the FBI and DHS, and seven other federal agencies, Administration officials say.

Just weeks ago, the existing refugee-resettlement effort enjoyed broad bipartisan support. The U.S. has taken in some 2,200 Syrian refugees out of the more than 4 million fleeing the war-torn nation. In the Middle East, America’s allies and other countries are overwhelmed with Syrian refugees. Turkey has more than 2 million, Lebanon more than 1 million, and Jordan has more than 650,000.

President Obama has called for the U.S. to take in at least 10,000 more over the next fiscal year. That would be far less than Western allies have already taken or committed to taking. Germany is preparing to assimilate some 800,000, while France said it would welcome another 30,000 even in the aftermath of the attacks. Top Democrats such as Secretary of State John Kerry and his predecessor Hillary Clinton have called for the U.S. to up its figure to around 65,000.

But a backlash to the program built swiftly in the aftermath of the carnage in Paris, unleashed by a terrorist cell that included one attacker who may have entered European amid the tide of Syrian refugees flooding the Continent. Republicans from the Capitol to the campaign trail have since called for a halt in the program, while the governors of some 30 states have said they will not accept new refugees.

The national call for protection from a population that is already heavily vetted poses an early political test for the newly anointed leader of a fractured GOP conference, Speaker Ryan. Earlier this week Ryan called for a “pause” in the resettlement program. “We can be compassionate, and we can also be safe,” Ryan said during speech on the House floor on Wednesday.

Some Republicans on Capitol Hill are already attacking the bill. Senator Jeff Sessions of Alabama said it “ensures the President’s refugee-resettlement initiative will continue unabated,” and called for a measure to cut off funding for the program.

A new Bloomberg poll conducted in the days after the Nov. 13 attacks reveals 53% of Americans oppose Obama’s plan to resettle 10,000 Syrians here. Another 11% said they would support admitting Syria’s Christians but not Muslim refugees, an idea the President blasted as “shameful.” Just 28% of respondents said they would continue the current program.

The White House threatened Wednesday to veto the bill if it makes it to the President’s desk in its current form, saying it serves “only to create significant delays and obstacles in the fulfillment of a vital program that satisfies both humanitarian and national security objectives.”

The Senate will hold hearings on the issue Thursday. A bill in that chamber is unlikely to move before the Thanksgiving recess at the end of this week. 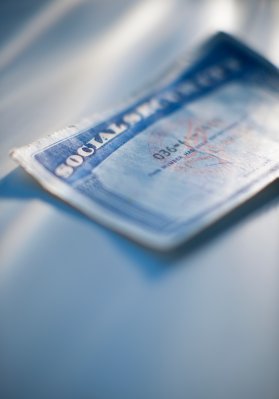