John Kasich: We Need Boots on the Ground to Defeat ISIS

John Kasich participates in CNBC's "Your Money, Your Vote: The Republican Presidential Debate" live from the University of Colorado Boulder in Boulder, Colo., on Oct, 28, 2015.
NBCU Photo Bank via Getty Images
Ideas
By John R. Kasich
Kasich was the governor of Ohio from 2011 to 2019.

The attacks on Paris should serve as a wakeup call for anyone who may have failed to recognize that we are fighting a global war against ISIS and radical Islam. We can and must defeat them tactically and strategically. We can’t wait any longer to build a military coalition that wipes them out, degrades and destroys them.

ISIS, with their brutal attacks on women, their beheadings and their attacks on people of faith is at war with civilization. ISIS represents more than a national security threat. It is deeper. They want to destroy our way of life and bring an end to the West.

Unless we want to see the blood spilled in Paris flow here in America and in the streets of our allies’ capitals, we need to get serious about wiping ISIS off the map. Negotiation, ambivalence and delay are unacceptable. There can be no negotiating or delay with this darkness; we simply must defeat it.

We must join a coalition with our European and Middle Eastern allies to defeat and destroy ISIS on the ground. Bombings are not enough. We must root them out and destroy them. By attacking Paris, ISIS declared war not just on France but on the West. By rising to the occasion we are not just defending the West militarily. We are defending our very way of life.

In addition to destroying ISIS with a coalition of boots on the ground, we must arm moderates, we must arm the Kurdis in both Syria and Iraq in order to help them defend their homelands and take the fight to ISIS as we prepare our collective response. With a coalition we must create and enforce no-fly zones in Syria where refugees can find shelter. Our allies in the region must provide sanctuary for those displaced by war.

For too long we have shown an unwillingness to lead. One administration official said we should lead from behind. This is unacceptable. If America does not lead, we will leave the world a much more dangerous place. There is no doubt we can win the battle with bullets and weapons, and we must do so now. But, more important, we must win the battle of ideas. If we defeat ISIS without also defeating its twisted ideology, similar organizations will take its place.

The West must remember its root values. While ISIS seeks to shed the blood of anyone who believes differently, the West recommit itself to what it believes and make it heard around the world. That means improving public diplomacy and using the Internet, social media and video to proclaim our ideas and counter the extremists’ lies. ISIS uses every medium possible to spread their message of hate. We must attack them where they are working to gather new recruits and spreading their propaganda—the arena of ideas.

Throughout history Americans have always defended our values and ideas. We are once again at a tipping point. We must gather ourselves and rally our allies for this fight that must be won. I am confident we can do it. Each time our nation has faced a challenge we have risen to meet it. This is no different, but the stakes could not be higher. Our way of life depends on it.

John Kasich is the governor of Ohio and a Republican candidate for President. 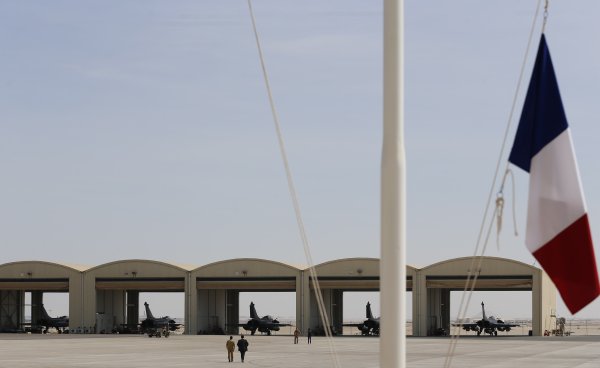 Why the U.S. Must Continue Its Current Strategy Against ISIS
Next Up: Editor's Pick