President Barack Obama speaks to the media during his closing press conference on day two of the G20 Turkey Leaders Summit on November 16, 2015 in Antalya, Turkey.
Chris McGrath—Getty Images
By Samantha Grossman

At the G-20 summit on Monday, a CNN reporter asked President Barack Obama “why can’t we take out these bastards.” (“These bastards” being the Islamic State of Iraq and Greater Syria—ISIS) Obama responded, “If folks want to pop off and have opinions about what they think they would do, present a specific plan.”

People on Twitter were very excited about the President’s use of the phrase “pop off.” One person in particular was so thrilled that he remixed it. The result will totally be your new jam:

Seriously, aren’t you kind of hoping that song comes on when you hit the club this weekend? It might not be quite as good as, say, Missy Elliott’s new song, but you know you could totally get down to it. 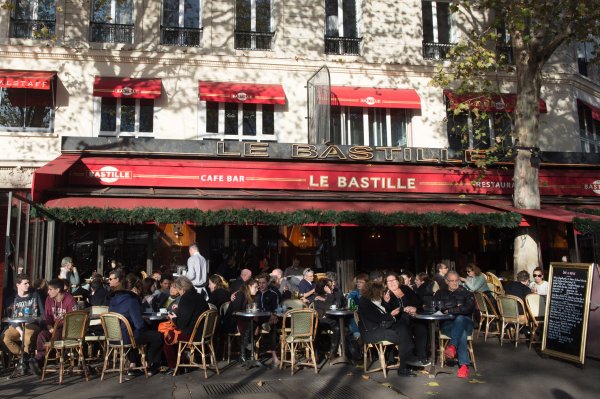 Parisians Take to Social Media to Continue Celebrating Life
Next Up: Editor's Pick