A study has found that more than 100,000 women have tried to end their pregnancies without medical assistance since a Texas law aimed at restricting abortions was passed in 2013.

The Texas Policy Evaluation Project (TxPEP) study, run by the University of Texas, analyzed a statewide survey of women ages 18 to 49. The researchers found that 100,000 to 210,000 Texas women tried to end their own pregnancies using herbs, alcohol, illicit drugs, hormonal pills or getting hit or punched in the abdomen.

The study also showed that home abortions are more prevalent among poor women who can’t access reproductive health services and Latina women near the U.S.-Mexico border.

“According to the study, a common thread among these women was that poverty layered upon one or more additional obstacles left them feeling that they had no other option” TxPEP co–investigator Daniel Grossman said in a statement. “While there was no one reason that exclusively drove women to this outcome, four primary reasons for self–induction included: financial constraints to travel to a clinic or to pay for the procedure, local clinic closures, recommendation from a close friend or family member to self–induce, or efforts to avoid the stigma or shame of going to an abortion clinic, especially if they had had prior abortions. “

The HB2 abortion law in Texas has already led to the closure of more than half the state’s clinics, and would lead to further reductions if it’s allowed to go into full effect. Last week, the U.S. Supreme Court agreed to hear a challenge against the law by abortion providers. 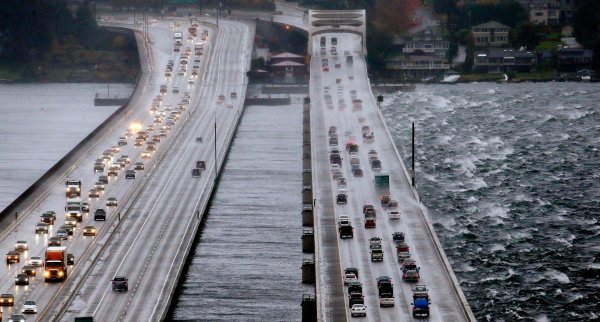 Storm Kills 2 in Washington State
Next Up: Editor's Pick