By Jacob Davidson and Kenneth Bachor

As Time Inc. moves to a new office in Lower Manhattan, the company is also moving its vast archives—a trove of more than 7 million items—to the New-York Historical Society. To mark the move, we’ve highlighted some of the archives’ most impressive artifacts.

Here are the most fascinating letters in the company’s collection from the likes of Winston Churchill, John F. Kennedy, Harry Truman, Tennessee Williams and other historic figures.

The letters below are excerpted or included in full, with their transcription and description pulling in large part from Stuart Lutz‘s appraisal of the documents.

Read More: 13 Interesting Artifacts From Inside the Time Inc. Archives 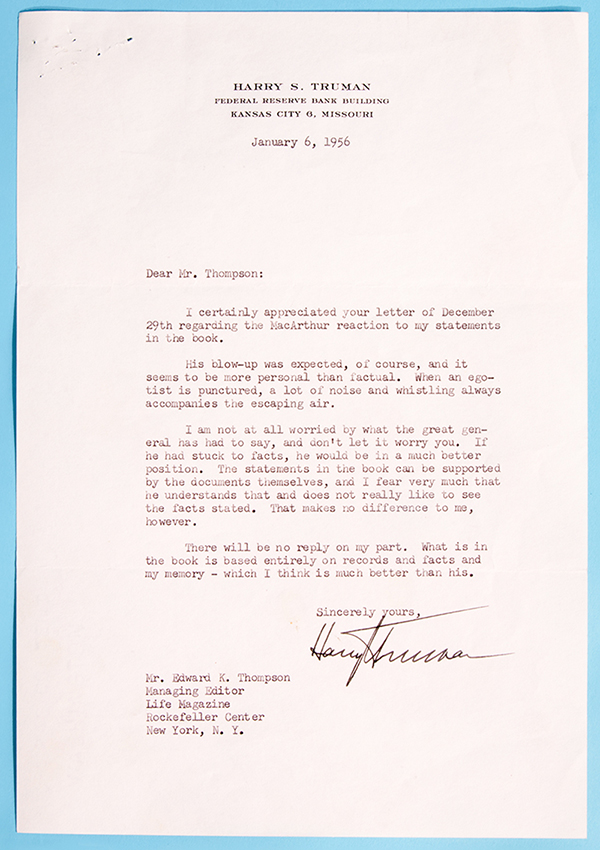 A letter from President Harry Truman, post-Presidency, to Edward Thompson, the managing editor of LIFE, discussing General MacArthur, who Truman had relieved from command. 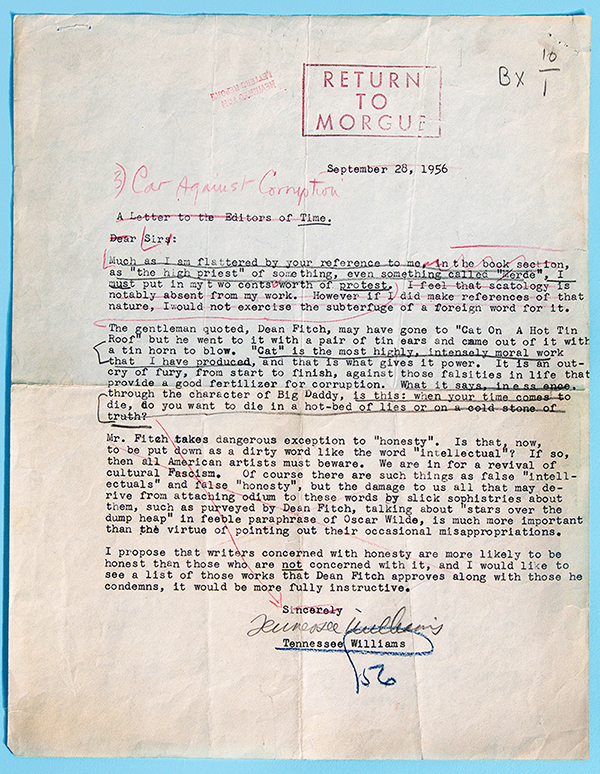 A typed letter signed by playwright Tennessee Williams to the Editors of TIME, criticizing a review of ‘Cat on a Hot Tin Roof.’ 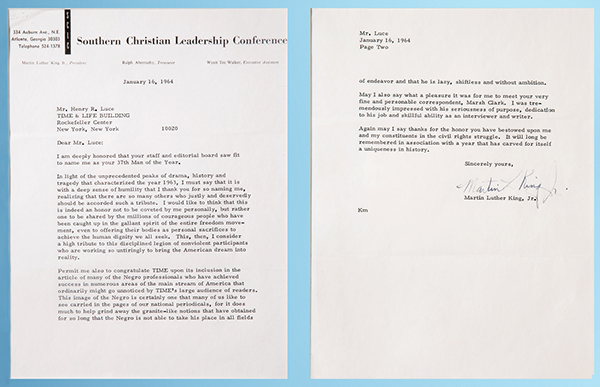 Martin Luther King, Jr. wrote this letter thanking Henry Luce for TIME’s decision to name the civil rights leader as the Man of the Year in 1963. The March on Washington had just taken place that August, where Rev. King, TIME’s first black Person of the Year, delivered the famous “I Have a Dream” speech. 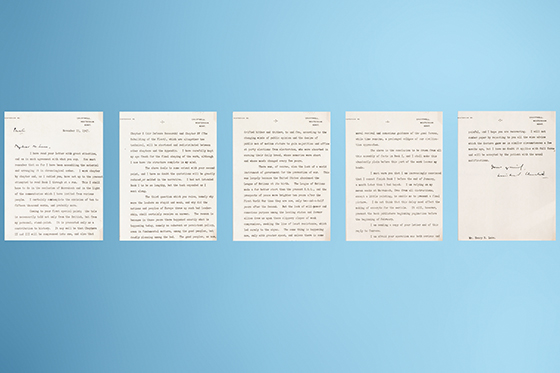 A lengthy letter from Winston Churchill to Time Inc. founder Henry Luce in which Churchill writes about publishing excepts of his history book in LIFE, and blames World War II on the United States’ failure to approve the League of Nations after World War I. 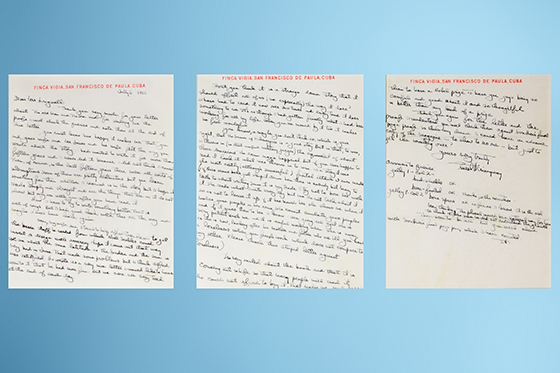 A handwritten letter from Ernest Hemingway to LIFE executive editor Daniel Longwell in which the author mentions one of his most famous novels, ‘The Old Man And The Sea’ and discusses what might be his most notable short story, ‘The Snows Of Kilimanjaro.’ He also mentions the Nobel Prize in Literature, which he was awarded in 1954. On September 1st, 1952, Life devoted 30,000 words across twenty uninterrupted pages to publish ‘The Old Man And The Sea.’ 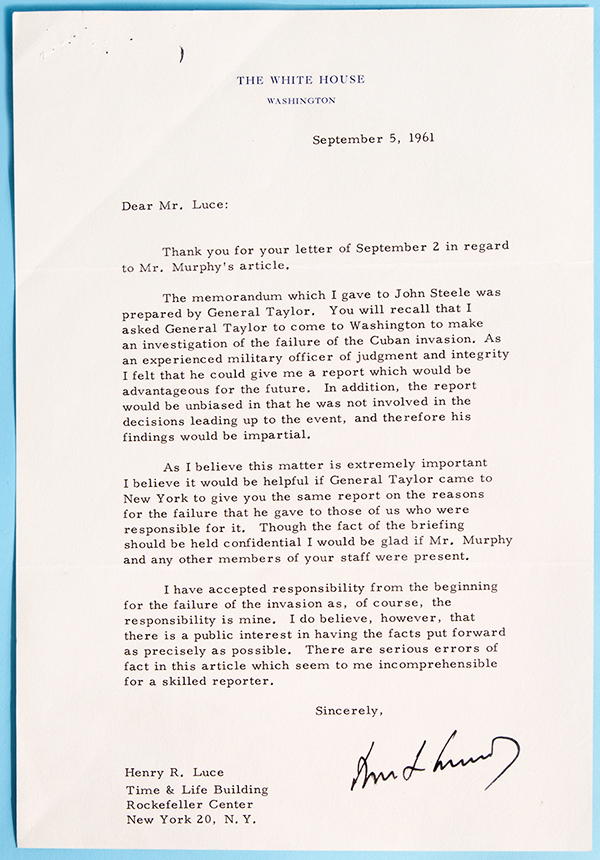 A typed letter from President John F. Kennedy to Henry Luce, in which the President admits fault for the failed April 1961 Bay of Pigs invasion. 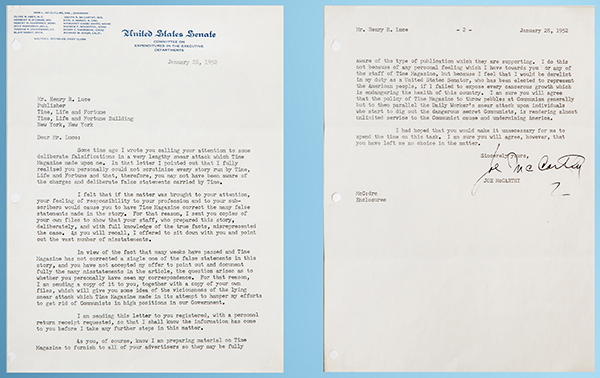 A typed letter from Senator Joseph McCarthy threatening Time Inc. founder Henry Luce over an article he called a “smear attack…upon me.”

Read More From TIME
You May Also Like
President Harry Truman