Inside the Paris Suburb Where a Terrorist Cell Was Hiding

Zinab Hadhri, 37, was rushing to work Wednesday morning, late because her 21-month old son was sick. The baker’s assistant was crossing the street at about 6:45am, heading up Rue de la Republique in Saint Denis, a suburb of Paris, when she heard gunfire. Then it dawned on her sleepy brain that the street was full of police. One of them told her to return home and to remain inside until she was given the clear by the police. Suddenly, there was a loud explosion just up the road and police pushed her back, shouting and running.

“It was terrifying, I’m still terrified,” says Hadhri, gripping the bars of her son’s stroller with white knuckles. “You see, my hands are still shaking,” she says, raising a quivering hand.

The police raid, according to police and witnesses, began with a gun battle around 4am at an apartment building at the corner of Rue de la Republique and Rue du Corbillon. The target, police said, was the Belgian mastermind of the attacks on Paris that killed 129 people last Friday, Abdelhamid Abaaoud, who until Wednesday was largely thought to have been in Syria. By the time the operation finished, around noon, two people were dead, five police officers wounded and seven people were under arrest but the whereabouts of Abaaoud were still unknown.

French media reported that the group in Saint Denis was a fourth terror cell (adding to the three from last Friday’s attacks) which had planned to target Paris’ Charles de Gaulle Airport, as well as the Quartre Temps shopping mall in La Defense, the modern financial district in western Paris. In a statement, the the French interior ministry said that 118 police searches took place last night, with 25 people taken into custody and 34 arms seized although it did not say if the figures included Saint Denis. The newspaper Le Monde calculated that there have been 414 raids, 60 people taken into custody and 75 weapons seized, as well as 118 people put under house arrest in the last three nights.

Saint Denis is a stone’s throw away from the Stade de France outside central Paris. It’s an immigrant neighborhood, with a large Muslim population. “We must have 150 races here,” says Smael Aitmezine, 46, who emigrated from Algeria 25 years ago and has lived in Saint Denis since. “These young men, they’ve never lived abroad, they don’t understand how lucky we are to be here.”

Aitmezine was awoken by the shootout around 4am. “There must have been 200 shots,” he says. “Bam, bam, bam.”

The neighborhood was quickly locked down, with residents asked to remain inside. Police cordoned off the area, suspending the subway and asking all taxis and traffic to stay away. Neighbors say the run-down structure targeted by police is home to squatters and drug dealers. “That place has been a problem for years,” says Gregoire Badufle, 42, a teacher who lives around the corner on Rue de la Republique. “We have complained repeatedly to the mayor and the police for years about it. It’s the only really bad place in the neighborhood.”

Around 6:45am, when Hadhri was going to work, came the loudest explosion, according to Hadhri and half a dozen other witnesses. “I assume it was the woman blowing herself up,” says Remy Zebaze, 46, an electrician who is originally from Cameroon. Police reports say one of the dead was a woman who detonated an explosive vest when police approached.

By 1:30pm, more than nine hours after the operation first began, police began reopening the streets of Saint Denis. Shell shocked residents emerged to exchange experiences and gossip. Two young boys on a balcony from a second floor apartment over a Bata shoe store sang gleefully, “Allez les soldats,” or “Go troops,” in English. “I’ve lived here for five years and I’ve never seen anything like this,” says Imran Shahzad, an electrician from Pakistan. “We never imagined that people like that would come here.”

Aitmezine says he worries that the neighborhood won’t be protected any more because of the perception that they were harboring terrorists. “I hope France will protect us, also. We are scared,” he says.

Habhri agrees with this sentiment. “I’m originally Tunisian,” she says, tearing up. “It’s so hard to imagine this happening here in Paris. It makes me afraid. We are all afraid, whether your name is Francois or Mohammed. We are all victims of these madmen.” 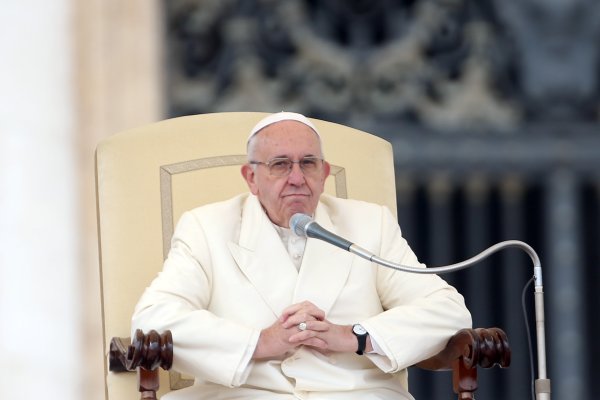