IBM Supercomputer Watson Will Help You With Your Holiday Shopping

It has chatted with Bob Dylan, come up with acclaimed gourmet recipes and kicked Ken Jennings’ butt on Jeopardy. Now IBM’s data-crunching supercomputer Watson wants to help you with your holiday shopping.

Big Blue’s big data machine has analyzed (and continues to analyze) millions of holiday-shopping themed facts, figures and discussions to reveal the top trends of the season – and predict which products are most likely to sell out quickly this year.

Pro-tip for parents: If your child wants Legos, head to the toy store on your lunch hour or way home this evening.

Which Lego sets will sell out

Watson predicts three of the most in-demand Lego sets will likely sell out this year – Star Wars (including the new Millennium Falcon set), Lego City and Friends. Your best bet, it says, is to grab the one(s) you want in the pre-Black Friday sales that are going on now, rather than holding out for a better deal.

Watson and IBM are aiming to help shoppers understand what’s driving trends this holiday – and to do that, they’re putting out a mobile version of the computer – the IBM Watson Trend App.

Using data collected from 10,000 different online sources, the app examines consumer sentiment to find patterns and trends. The app also predicts whether a trend is fleeting or will have legs.

Beyond Legos, the Watson app has a few other surprising thoughts on what to expect this holiday.

Most of us take pictures with our smartphones these days, and the cameras in those devices are getting better all the time. (The iPhone 6s, for example, boasts a 12-megapixel camera and records video in 4K.) But Watson says traditional cameras may be hot this year.

Nikon DSLR’s are expected to be especially popular as smartphone photographers look for more features and better picture quality, such as depth. Pro photographers, according to Watson, are more interested in Sony’s Alpha 7RII – a 42-megapixel mirrorless camera that records Ultra HD 4K video.

While there’s plenty of interest in shoes that are promoted to prevent injury (i.e. barefoot running or natural running shoes), the brand loyalty of Nike owners can’t be beat. Nike’s Free, the Air Max and Flyknit Racing Shoes are all likely to be hot sellers – especially among women, who talked about Nike running shoes more than twice as frequently as men did.

Got a kid who hasn’t shown any interest in Legos? That’s ok. Watson has a few other suggestions. The interactive Hello Barbie doll is one of the top gifts parents are planning to give. While children’s advocacy groups have voiced privacy concerns about the toy, parents seem to like the companion app that lets them control the conversations kids have with the toy.

“Edutainment” toys will also be popular this year – with the PAW Patrol Imagicard Learning Game for LeapFrog tablets leading the field.

Of course, for a super smart computer, Watson sometimes points out the ridiculously obvious. Case in point: Watson predicts that consumers will increasingly use their mobile devices to shop for presents this holiday season.

That’s a trend that’s been steadily growing for years, so it didn’t really take a lot of processing power to figure it out. Still, it’s a better observation than the system’s 2011 gaffe that declared Toronto as a U.S. city. 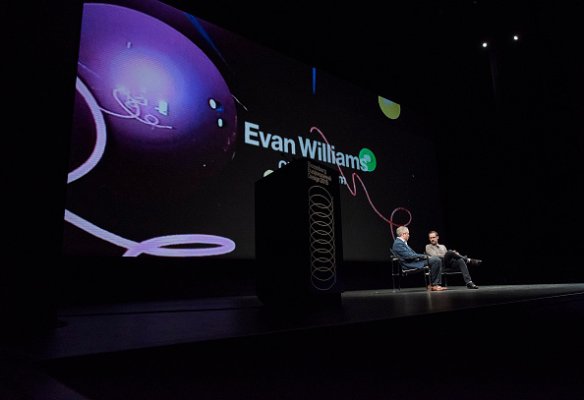 How Dialogue Is Becoming the New Internet Comments Section
Next Up: Editor's Pick