As Heidi Klum always says, in fashion, one day you’re in, the next day you’re out.

But don’t tell that to Derek Zoolander (Ben Stiller), who is returning to the big screen 15 years after he first showed the world his Blue Steel. The really, really, ridiculously good-looking male model and his rival Hansel McDonald (Owen Wilson) have seen better days since the first film, but they’re determined to walk the runways again in Zoolander 2, which hits theaters Feb. 12 and whose trailer you can watch above.

They’re joined by series newcomers Penélope Cruz and a nearly unrecognizable Kristin Wiig, as well as celebrities like Benedict Cumberbatch and Justin Bieber, who make cameos in the trailer.

The Leftovers‘ Justin Theroux, who co-wrote Zoolander 2, told TIME earlier this year to expect a lot more familiar faces. “There are a couple of unbelievable cameos,” he said. “For the first one, they had real trouble [getting cameos] because no one really knew what it was. Now it’s more iconic. We basically got to write cameos with the knowledge that we’re probably going to get them. There was no shortage of people wanting to do cameos.” 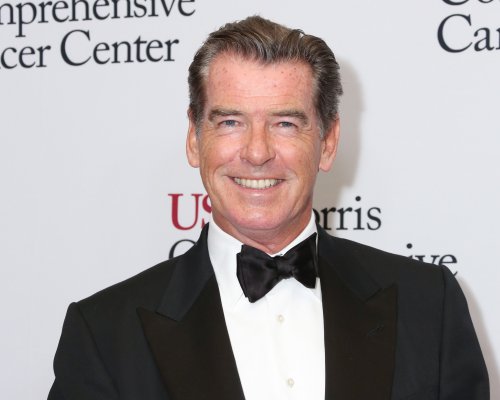 Pierce Brosnan on Spectre: 'Too Long' and 'Story Was Kind of Weak'
Next Up: Editor's Pick