The U.K.’s former army chief David Richards says opponents of Syrian President Bashar al-Assad should cease their fire against him to concentrate on defeating ISIS.

Richards believes Assad’s forces, Hizballah and Syria’s Iranian backers are in the best position to lead the charge against ISIS in Syria, he told the BBC.

“The real issue is can you use the one army that’s reasonably competent which is President Assad’s army? In that respect I personally would see a ceasefire being agreed in the way people are now talking, allowing potentially Assad’s army and Hezbollah and their Iranian backers and others to turn their attention on Isis in a sequential operation. After that the politics would kick in and you would have to do something about the residual political structure within Syria” Richards told the BBC on Tuesday.

His also called the U.K.’s war aims ‘contradictory,’ and hopes that the British Prime Minister David Cameron and allied nations will broker a deal with Russia in dealing with ISIS.

“At the moment we’ve got contradictory war aims. We want to deal with ISIS but we also want to get rid of Assad at the same time. I personally don’t think that’s plausible. Any general will tell you you need to have unity of purpose and clear aims in a war. That muddies those aims,” he said. 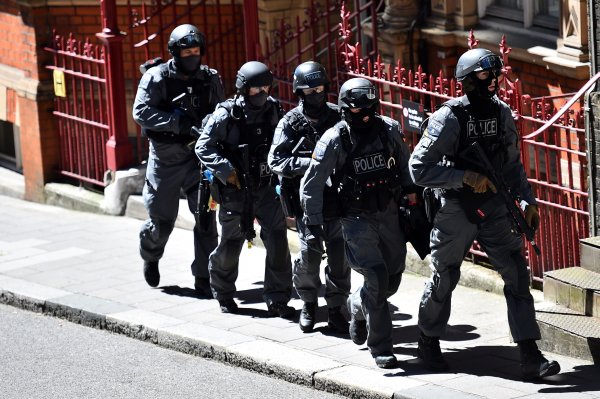 U.K. Plans to Add 1,900 Anti-Terrorist Personnel
Next Up: Editor's Pick