An elderly Italian doctor was shot and wounded in Bangladesh on Wednesday, the third attack on a foreign national in the South Asian nation in as many months.

Dr. Piero Arolari was attacked by three gunmen on a motorcycle in the northern city of Dinajpur on Wednesday morning, local newspaper the Daily Star reported.

The attempt on Arolari’s life follows the murder of Italian aid worker Cesare Tavella in late September and the killing of a Japanese man in his 60s a week later — both of which were claimed by ISIS.

Arolari, who was also a priest at a local Catholic church and has resided in Dinajpur for the past 35 years, received injuries to the head but is in stable condition, the deputy director of Dinajpur Medical College Hospital told the Star.

He was “riding a bicycle at around 8 a.m. when three attackers shot him at close range,” Father Anthony Sen, another priest in the city, told AFP. “One of the bullets hit his neck,” Sen added. “He bled a lot.”

Read next: The Rise of Islamist Terror in Bangladesh 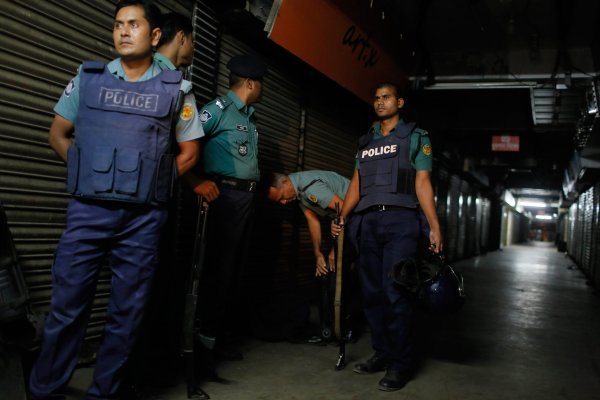