For the third consecutive year, Jimmy Kimmel did the honors of breaking the news, interviewing Beckham on Jimmy Kimmel Live on Tuesday night.

Beckham, now 40, ascended to soccer stardom after he began playing for Manchester United at 18. After 15 years across the pond — he also played for Real Madrid in Spain — he joined the Los Angeles Galaxy in 2007. He retired from professional soccer six years later, though he returned to the pitch for a charity match on Nov. 14.

The East Londoner is married to Victoria Beckham, a former Spice Girl and current fashion designer and model; they have four children together.

“[My son] Brooklyn was the one who was like, ‘Are you sure it’s not me that’s meant to be there today?’” he told People.

“I never feel that I’m an attractive, sexy person,” he said. “I mean I like to wear nice clothes and nice suits and look and feel good, but I don’t ever think of myself that way.” 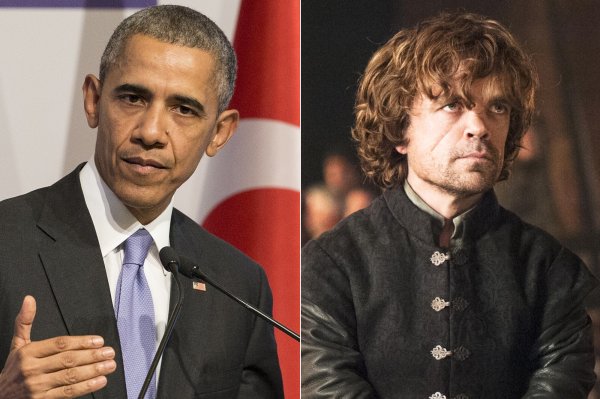 Obama Reveals He Can't Keep Track of the Game of Thrones Characters
Next Up: Editor's Pick