Flowers are placed at the beach in Sousse, Tunisia, on June 27, 2015, next to the Imperial Marhaba Hotel, where 38 people were killed the previous in a terrorist attack
Jeff J Mitchell—Getty Images
By Joanna Plucinska

Tunisian authorities say police have foiled another terrorist attack in the popular beach resort of Sousse, which fell victim to an attack in June that left 38 dead. Most of those killed were British, German or Belgian tourists.

Seventeen extremists who allegedly trained in Syria and Libya were arrested this week, the BBC reports. The exact location of those arrests was not immediately disclosed, but Kalashnikovs and explosives were found at the scene, according to the Economist.

Approximately 3,000 Tunisian nationals have left to join the Islamic State of Iraq and Greater Syria (ISIS) since 2011, according to the Soufan Group, a New York City–based security firm, making the country one of the world’s largest sources of jihadists.

Tourism has fallen significantly in Sousse since the June attacks. 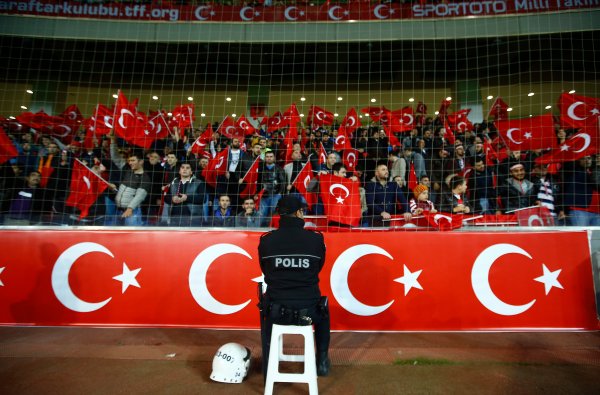