Rugby Icon Jonah Lomu Has Died at the Age of 40

Jonah Lomu pictured on May 30, 2014, in Auckland
Hannah Peters—Getty Images
By TIME Staff

Jonah Lomu, one of the greatest rugby players in the history of the game, has died suddenly in Auckland at the age of 40, the New Zealand Herald reports.

The Tonga-born, New Zealand–raised sporting icon suffered from nephrotic syndrome, a kidney disorder that causes water to be drawn into soft tissue, and had struggled with his health since receiving a kidney transplant in 2004. Seven years later, his body began to reject the replacement organ, the Herald said, forcing him to under go daily dialysis treatment for hours at a time.

Lomu represented New Zealand on the rugby field 73 times before quitting the sport because of his condition in 2002. He was famed as a lethally fast attacking player, combining brute strength, speed and agility in a way that has been rarely equaled in any sport, let alone rugby.

He was inducted into the World Rugby Hall of Fame in 2011. He is survived by his wife Nadene and children Brayley, 6, and Dhyreille, 5. 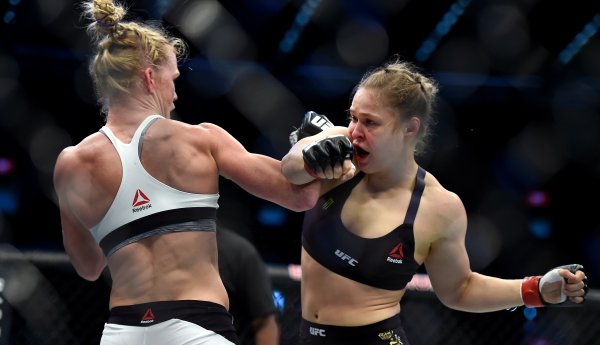 Ronda Rousey Says 'I'll Be Back'
Next Up: Editor's Pick