The State of Terror Defenses in the U.S.

NYPD officers await the announcement of the formation of the Critical Command of the Counter-Terrorism Bureau in New York City on Nov. 16, 2015.
Bryan Thomas—Getty Images
By Josh Sanburn and Justin Worland

Terrorist attacks in Paris that killed 129 people last week shocked the world and raised vigilance for a potential attack on U.S. soil.

The risk of becoming a victim of terrorism is in fact extremely low; the odds of dying in a terrorist attack in the U.S. from 2007 to 2011 were one in 20 million, according to Richard Barrett, a former British intelligence officer now with the Soufan Group, which provides security services to governments and multinationals. Most domestic terrorist attacks in recent years have been the work of lone wolves acting without marching orders from organizations overseas. The chances of dying from non-terrorist related gun violence, car accidents or a drug overdose are many times higher than from foreign or domestic extremists.

But ISIS has increased threats against the U.S. and drawn followers here. There is no way to predict where ISIS or other militant extremist groups might strike if it were to launch an attack, but here are the state of terrorism defenses at some locations that Americans visit or depend on every day.

Sports stadiums
The four major professional sports leagues in the U.S. significantly enhanced security around its stadiums and arenas following the Sept. 11 attacks, and they routinely work in conjunction with the Department of Homeland Security to protect spectators, says Louis Marciani, director of the National Center for Spectator Sports Safety and Security.

“We’ve been doing a lot of work since 9/11 to upgrade stadium security,” Marciani says, adding that the leagues have added multiple layers of security checkpoints and a more visible law enforcement presence over the last decade.

Still, the leagues didn’t want to take any chances after the Paris attacks. Marciani says many stadiums have enhanced security even further in the last few days, expanding checkpoints and perimeters around stadiums, adding law enforcement agents to parking areas outside of arenas, and including additional canine sweeps for explosives. The NFL, for instance, said it increased security to include a greater law enforcement presence in and around the stadium, even though there were no known threats against NFL stadiums.

“If you look at terrorist groups’ history and their motives, they look for large gatherings of people, mostly in metropolitan areas,” Marciani says. “They could get their biggest bang for their dollar by attacking a sporting event.”

Movie theaters
Moviegoers have few defenses against terrorists. James Holmes, who killed 12 people at a Denver-area theater in 2011, proved the relative ease of such attacks. Multiplexes regularly attract hundreds of theatergoers and security measures are few and far between.

Subways and other mass transit
Millions of Americans take public transportation each day and limited security measures often mean launching a deadly attack on a subway requires only access to a gun. Subway riders in major urban centers are theoretically a more attractive target for ISIS, which include westerners who exert control over the U.S. government and world financial system, according to Tom Sanderson, who studies terrorism at the Center for Strategic and International Studies.

Airports
Airports are secure, but not as secure as you may think. Investigators with the Department of Homeland Security recently snuck prohibited items past Transportation Security Administration officials in 95% of trials. Still, the relatively robust security presence at airports means successfully executing a large-scale attack that would require sophistication not possessed by the homegrown terrorists that most security experts fear.

Bridges and tunnels
Bridges and tunnels were often cited as prime targets for terrorists post-9/11, especially in New York City, where the Brooklyn Bridge and Holland Tunnel were both part of foiled terrorism plots. But large infrastructure sites like those aren’t likely to be priorities for groups like ISIS.

“They’re a target to a point, but they’re physical structures that you can assess and protect,” says Michael O’Neil, CEO of MSA Security and a former head of the NYPD counterterrorism division. “The threat today is low-tech attacks against areas with high populations. Taking a bridge down is a little more difficult.”

In New York, for example, O’Neil says that the NYPD enhanced security around the city’s bridges and tunnels after 9/11 by physically strengthening some infrastructure, increasing electronic surveillance, and deploying masses of uniformed officers unannounced to a particular location when a threat has been detected.

Electric grid
Electric grids may be one of the last targets for ISIS-inspired militants. Utility companies and the government have long-recognized the importance of protecting electric infrastructure, and most people wouldn’t be allowed access to a power station. In addition, damaging infrastructure doesn’t necessarily fit with the style of destruction ISIS tends to encourage in the western world. “These guys want bodies,” says Tom Sanderson. “You can place a bomb at a transfer station, but turning out the lights is a lot different than killing 50 people on the Mall.”

Government buildings
In a video released by ISIS days after the Paris attack, the group claimed it would hit Washington, D.C., next. But it’s unlikely they’d be able to successfully attack a federal building considering the vast amount of security already in place, says Slotnick. Most federal buildings have multiple layers of security and sophisticated tools to sniff out bombs, weapons, or other explosive devices. And government buildings like the White House or the U.S. Capitol Building aren’t the kind of soft targets that ISIS or other terrorism groups are more prone to target.

The threat of potential attacks, however, did lead to the Department of Homeland Security increasing security at almost 10,000 federal buildings last year, which was described as a “precautionary step” by DHS Secretary Jeh Johnson.

Water supply
The U.S. water supply is one part of the U.S.’s infrastructure that is potentially vulnerable to an attack—but still an unlikely target. There are roughly 75,000 dams and reservoirs around the U.S. and about 2 million miles of water pipelines, many of which are not fully protected. The vastness of America’s water supply makes it almost impossible to keep it completely safe. But contaminating a water supply is very difficult, Slotnick says. Terrorists would essentially need enormous quantities of some sort of hazardous chemical, which would be incredibly difficult to obtain. And even if they did, terrorists would be placing that chemical into reservoirs that often hold millions of gallons of water that would likely adequately dilute that chemical and pose little hazard to the public. 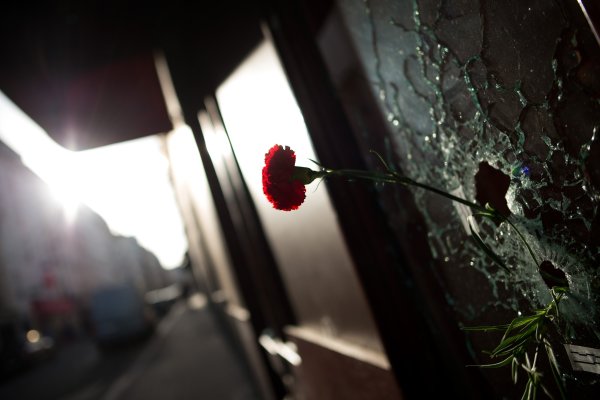 To Fight ISIS, Leave Assad in Power
Next Up: Editor's Pick