Migrants and refugees enter a registration camp after crossing the Greek-Macedonian border near Gevgelija, Macedonia on Nov. 17, 2015.
Dimitar Dilkoff—Getty Images
Ideas
By David Miliband
David Miliband is the President and CEO of the International Rescue Committee. He is the author of the book Rescue: Refugees and the Political Crisis of Our Time. From 2007 to 2010, he was the Secretary of State for Foreign Affairs of the United Kingdom.

Friday’s horrific terrorist assault on Paris—a day after an equally depraved double suicide attack in Beirut—has shaken Europe. It comes as the continent struggles to cope with an unprecedented influx of refugees fleeing similar violence across the Middle East, Africa and beyond.

That common suffering makes it all the more important not to fall into the trap of conflating terrorists with refugees. Worse still, it is dangerous. It risks further distracting the E.U. and the rest of the international community from mounting an effective response to the biggest displacement crisis since World War II, with potentially serious consequences for the world’s refugees and global stability.

This is no time to throw away the benefits of U.S. leadership that have helped rebuild lives for millions of people. Refugees are an American success story. Now is not the time to abandon them.

The number of people displaced by conflict and persecution inside and outside their home countries today stands at almost 60 million, the highest level ever recorded by the U.N. Refugee Agency. The war in Syria, which has left 11 million homeless, and where in October alone hundreds of civilians were killed and injured by barrel bombing and shelling, bears much responsibility for this grim spike. The lack of international resolve to end this conflict, as well as other wars, saw an average of one person uprooted by violence around the world every two seconds of every day of 2014. The odds are that each of these will spend the next 20 years in exile.

The diplomatic response to this paradigm shift—to the proliferation and increasing duration of intrastate conflicts and displacement—has been inadequate. So has international support for the countries that host the majority of the world’s 20 million refugees. Lebanon, Jordan, Turkey and Iraq are currently providing refuge to nearly 4.3 million Syrians, at a cost of tens of billions of dollars. Yet the U.N.’s 2015 appeal for Syrian refugees and their hosts is just 50% funded, six weeks from the year’s end. Offers by the U.S., most of the E.U. (with Germany an honorable exception) and others to resettle the most vulnerable refugees outside the region have been very limited.

It is this sense of abandonment that is forcing those in war-ridden states and those who have already fled to make for Europe. More than half of those risking the Mediterranean and Aegean crossings are Syrian. E.U. laws and visa restrictions mean that the only way refugees can exercise their international legal right to protection from persecution within the bloc’s borders is by boat, forcing them into the arms of smugglers.

The result—exacerbated by meagre EU support for Greece—is chaos. It means that conditions for the 4,000 people landing on the island of Lesbos every day are dire. It means that the Greek authorities cannot adequately receive, register and assist these arrivals properly. And it means that establishing a well-managed and orderly screening process for refugees arriving in Europe—for which my organization, the International Rescue Committee, has been calling since the onset of this crisis—is needlessly difficult.

The U.S. is in a very different situation. By virtue of geography, refugee flows are much smaller. It is harder to get to the U.S. as a refugee than through any other route. There are extensive security checks in place, involving many agencies of U.S. government. And refugee resettlement is a U.S. success story—from Albert Einstein to Madeleine Albright to Sergey Brin, refugees have become great contributors to this country.

Refugee resettlement can heal some of the worst wounds of the crisis. But there also needs to be a step change in the global response to—to begin with—the Syria crisis, of the scale that pulled Europe out of devastation following World War II and set it on the path to peace and prosperity: an internationally coordinated, multi-country economic plan that brings governments, the private sector, development donors and international financial institutions together to support Syria’s struggling neighbors in hosting the millions of refugees currently within their borders.

A massive scale-up of resettlement programs to allow the most vulnerable to reach safety outside the region, including in the E.U. and the U.S., and the establishment and expansion of safe and legal routes into the E.U. for those seeking asylum, are key counterparts to such a scheme.

Significant as it sounds, this would constitute but the beginning of an effective response to this crisis. The world has entered a new era of displacement. To cope, it needs to enter a new era of diplomacy.

Syria, where chaos and insecurity have allowed groups like ISIS to flourish—and, it appears, to plot last week’s dreadful attacks in France—is the place to start. After years of political inertia, talks in Vienna last weekend yielded an international call for a ceasefire, negotiations, a new constitution, and free and fair elections in the country by May 2017. What a tribute it would be, to the victims of violence and terror in Paris, Beirut and beyond, if that plan were to be put into action.

David Miliband is the president & CEO of the International Rescue Committee. 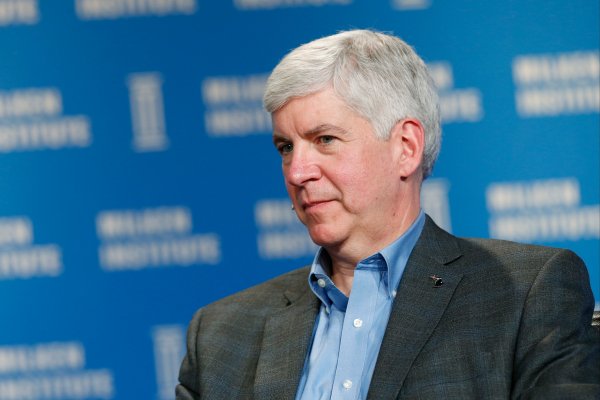 We Must Welcome Refugees—After Screening Them
Next Up: Editor's Pick