Ben Carson is running his campaign with the biblical notion that “in the multitude of counselors is safety,” he told TIME in September, calling in experts to brief him on issues that his career in neurosurgery didn’t prepare him for. But top advisers recently said that the doctor is struggling to grasp foreign policy.

In a New York Times article published Tuesday, Duane R. Clarridge, who the Times identifies as one of Carson’s “top adviser[s] on terrorism an national security,” said, “Nobody has been able to sit down with him and have him get one iota of intelligent information about the Middle East.”

“We need to have a conference call once a week where his guys roll out the subjects they think will be out there, and we can make him smart,” Clarridge said.

Doug Watts, a spokesman for the Carson campaign, told TIME that Clarridge was not the only adviser.

“Mr. Clarridge has incomplete knowledge of the daily, not weekly briefings, that Dr Carson receives on important national security matters from former military and state department officials,” he said in a statement. “He is coming to the end of a long career of serving our country. Mr. Clarridge’s input to Dr. Carson is appreciated but he is clearly not one of Dr. Carson’s top advisers.”

“For the New York Times to take advantage of an elderly gentleman and use him as their foil in this story is an affront to good journalistic practices,” he added.

In September, campaign manager Barry Bennett explained to TIME the team’s strategy to bring Carson up to speed on issues. “In medical school he stopped going to lectures because he could learn better and faster by reading multiple textbooks on the same subject,” Bennett said of Carson. “Now every morning he gets a stack of briefs. We follow that up with parlor sessions where I’ll sit him down for an hour” with experts on the subject of the day.

Read More: Why Ben Carson Is Running for President

In an interview later the same month, Carson talked about his memory, which Bennett had described as a stack of notecards in his mind. “I do have a tendency to categorize things and be able to pull something up and then just go with it,” Carson said.

Carson’s foreign policy chops were questioned recently when at the last Republican debate he claimed the Chinese had intervened in Syria, a fact that has been disputed by the White House. A few days later, Carson was unable to answer on Fox News Sunday who he would join with to form a coalition against the Islamic State.

“He’s been briefed on it so many times,” Armstrong Williams, a friend of Carson’s who does not have an official role in the campaign, told the Times. “I guess he just froze.”

Read Next: Ben Carson: The U.S. Must Not Accept Any Syrian Refugees 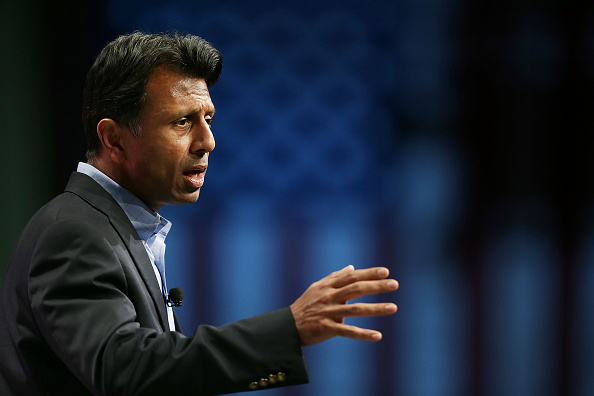 Drug Lobby Gave $50,000 to Pro-Jindal Nonprofit
Next Up: Editor's Pick