The Honest Trailer for Star Wars: A New Hope Gives A New Perspective

Star Wars: A New Hope was the first film in the Star Wars series and replaced Jaws as the highest-grossing movie of all time when it came out in 1977. However, director George Lucas’s decision to re-release Episode IV of the saga several times over the years to incorporate changes such as added CGI, advanced sound effects and new scenes wasn’t popular with everyone, and the honest trailer for the film is here to point out why.

“Return to a time when technology forced George Lucas to collaborate with other people, as he teams up with masters in sound design, editing, score and visual effects to deliver a near-perfect movie that he’s made progressively worse with each special edition. Because if there’s one thing the original Star Wars wasn’t missing it’s poorly rendered, out of place CGI animals filling up every square inch of the frame,” the narrator says.

The team over at Screen Junkies also wants to remind fans that they’re often blinded by their love of the franchise: “Relive all the parts your nostalgia goggles keep you from admitting were kind of dumb like…a lightsaber battle where two old geezers gently poke at each other and the most over-the-top Freudian finale of all time.”

This latest honest trailer was released on Tuesday, just over a month before the premiere date for the newest installment of the series, Star Wars: The Force Awakens. 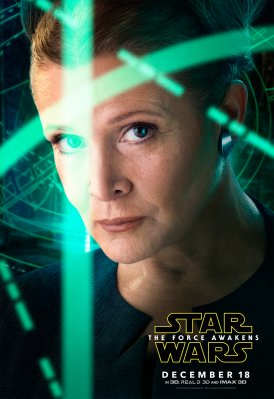 See How People Are Making Fun of the New Star Wars Posters
Next Up: Editor's Pick