Brother of Paris Attacks Suspect Says He Should Surrender

The brother of one of the suspects at large in last week’s deadly Paris attacks said Tuesday that he had no prior knowledge of his brother’s radicalization and that he should turn himself in to authorities.

Salah Abdeslam, 26, is wanted by French and Belgian authorities as a suspect in the attacks which killed at least 129 people. Abdeslam’s brother, Mohamed, told French television news network BFMTV that his family is wondering where he is. Abdeslam is believed to have fled to Belgium, where he’s from.

“The best would be, indeed, for him to surrender so that the courts can shine a light on this story,” Abdeslam told BFMTV. “I want to remind you, Salah has still not been heard by police services and so he’s still presumed innocent.

The militant group Islamic State of Iraq and Greater Syria (ISIS) took responsibility for the attacks, but Abdeslam said his brother did not exhibit any signs of radicalism. 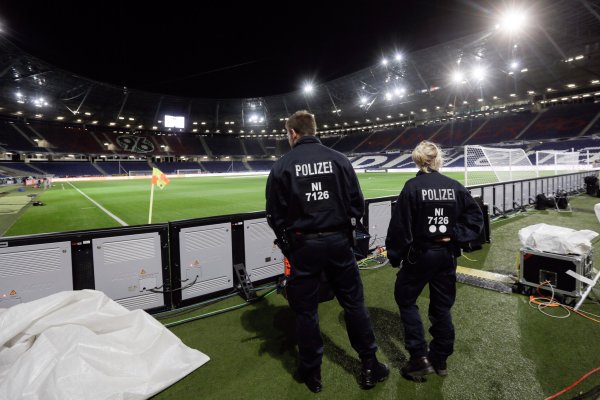 'Concrete' Bomb Threat at German Stadium
Next Up: Editor's Pick