The Service Employees International Union, one of the country’s most influential and largest unions, announced Tuesday it would endorse Hillary Clinton’s presidential bid in the latest sign the former Secretary of State is outstripping her rivals in institutional party support.

The 2-million-member strong union said that Clinton was the best candidate to represent working people’s interests, a blow to rival Vermont Sen. Bernie Sanders, whose campaign has hit Clinton on that angle.

SEIU is the latest major union to throw its support behind Clinton, following the National Education Association, the American Federation of State, County and Municipal Employees and the American Federation of Teachers. The endorsement of the SEIU, which has led large rallies and greatly increased its visibility in recent years, adds a key measure of grassroots support to Clinton’s campaign.

Those endorsements of Clinton have not come without opposition from the union’s grassroots base. While the leadership of many unions has pushed to support the likely Democratic nominee, many members have said they instead support Sanders.

The SEIU has led the so-called “Fight for $15,” pushing for a $15-an-hour minimum wage for fast food workers, along with other industries. Clinton, however, supports a $12 minimum hourly national wage and higher in certain cases at local levels—an indication that she is not in lockstep with many in the union. Sanders and former Maryland Gov. Martin O’Malley support a $15 minimum age and have criticized Clinton’s lower target.

Clinton celebrated her endorsement Tuesday. “As President, I will be proud to stand with SEIU and fight alongside them—to defend workers’ right to organize and unions’ right to bargain collectively, to raise incomes for working people and the middle class, and to ensure that hardworking Americans can retire with dignity and security,” she said in a statement.

Sanders, meantime, has won the endorsement of the American Postal Workers Union and the National Nurses United, which each have about 200,000 members. 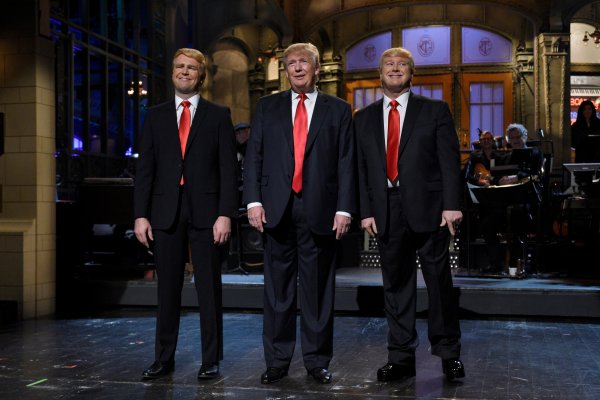