There's Nothing Christian About Blocking Non-Christian Refugees to the U.S.

In light of the terrorist attacks on Paris Friday, some, including Republican presidential candidates Ted Cruz and Jeb Bush, have called on President Barack Obama to focus on accepting Christian refugees from Syria. But there’s nothing Christian about only prioritizing Christian refugees into the U.S. In fact, such an idea flies in the face of the gospel of Jesus Christ.

Jesus himself was an immigrant child in a strange land. When Mary and Joseph were looking for a place for Mary to give birth to Jesus, Bethlehem’s innkeepers denied the Holy Family a hotel for the night. After Jesus’s birth, Mary and Joseph fled with their refugee child to Egypt to avoid King Herod’s despotic rule. They did this even though their Judaism was a visible minority in the North African land full of indigenous and polytheistic beliefs.

If ancient Egypt can make room for refugees of religious minorities, why can’t the U.S. do so today?

“I was a stranger, and you welcomed me.” Jesus tells us this is one of the top criteria that God will use to judge our lives. Jesus’s radical worldview even suggests that our enemies are our neighbors and can even be helpful to us in our times in need.

That’s certainly what Pope Francis thinks. The summer after his election in March 2013, Francis’s first visit outside of Rome was to the Italian island of Lampedusa, where hundreds of aspiring immigrants have died in the past few years trying to come into Italy from North Africa.

His words that July day continually echo in my ears:

Thousands of people and organizations, including Christian humanitarian groups like World Vision and Catholic Relief Services, are on the ground helping refugees. These groups don’t distinguish between Christians and non-Christians. They serve everyone—without exception. The model of only serving only Christians “is totally foreign to the way we do things,” says American priest Father Tom Smolich, SJ, the international director of Jesuit Refugee Service. “The idea of only taking Christian refugees is contrary to what we stand for as an immigrant nation. It says we’re afraid. Fear is never a place to make decisions. It’s contrary to where God is calling us. And frankly—it’s bad policy.”

The U.S. should be a nation for people of all faiths and people of no faith. Why? Because Jesus tells us everyone is our neighbor—particularly those who are different than us.

As we turn towards the winter months, surely Ted Cruz, the son of a pastor, can take Jesus’s message to heart and make room at the inn for people of every faith. That would be the Christian thing to do. 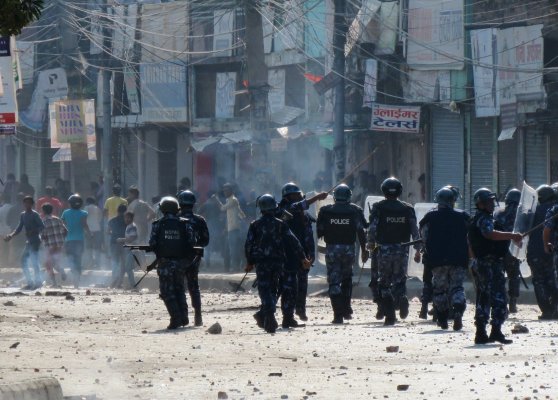 India and Nepal Must End Their Border Dispute
Next Up: Editor's Pick