Attorney General Loretta Lynch told Congress Tuesday that there was “no data” to support the so-called “Ferguson effect”—the idea that increased scrutiny of police has made the country less safe.

Testifying before the House Judiciary Committee, the nation’s top law enforcement official argued forcefully that there was nothing to support the theory that the increased scrutiny of police department practices after high-profile killings has led to an increase in crime.

“While certainly there might be anecdotal evidence there, as all have noted, there’s no data to support it, and what I have seen in my travels across this country is the dedicated, the commitment and the resolve of our brave men and women in law enforcement to improving policing, to embracing the 21st Century Task Force recommendations, and to continuing to have a dialogue that makes our country safer for all,” she said.

Lynch’s response stands in marked contrast to FBI Director James comet, who said in a speech at the University of Chicago Law School in October that the recent scrutiny may have led some police officers to become less aggressive, leading to an increase in violent crime.

“I don’t know whether that explains it entirely, but I do have a strong sense that some part of the explanation is a chill wind that has blown through American law enforcement over the last year,” he said.

Lynch went a step farther, arguing that the scrutiny was helping.

“Our discussion about civil rights and the appropriate use of force and all police tactics can only serve to make all of us—community members and police officers—safer,” she said at the hearing.

Read Next: Is the Ferguson Effect for Real? 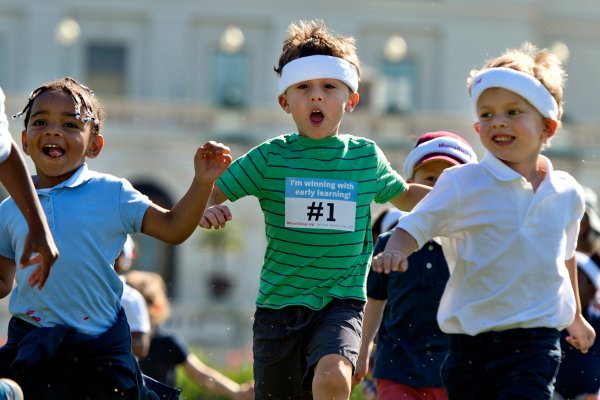 Why Child Care May Get More Attention in 2016
Next Up: Editor's Pick