This Is How the Syrian Refugee Screening Process Works

Republican governors, lawmakers and presidential candidates are calling for a halt to federal program that resettles Syrian refugees in the U.S.

In the aftermath of the Paris attacks, many in the GOP say they are concerned that a terrorist could slip into the country by posing as an asylum seeker, an argument that President Obama and other Democrats reject.

All refugees taken in by the U.S. undergo extensive background checks. The small number from Syria are subject to additional layers of security screening.

“Of all the categories of persons entering the U.S., these refugees are the single most heavily screened and vetted,” explains Jana Mason, a senior adviser to the United Nations High Commissioner for Refugees.

Here are answers to some of your questions about how the program works.

How are Syrian refugees referred to the U.S.?

The process begins with a referral from UNHCR. The U.N.’s refugee agency is responsible for registering some 15 million asylum seekers around the world, and providing aid and assistance until they are resettled abroad or (more likely) returned home once conditions ease. The registration process includes in-depth refugee interviews, home country reference checks and biological screening such as iris scans. Military combatants are weeded out.

Among those who pass background checks, a small percentage are referred for overseas resettlement based on criteria designed to determine the most vulnerable cases. This group may include survivors of torture, victims of sexual violence, targets of political persecution, the medically needy, families with multiple children and a female head of household.

What happens once a refugee is referred to the U.S.?

Our government performs its own intensive screening, a process that includes consultation from nine different government agencies. They meet weekly to review a refugee’s case file and, if appropriate, determine where in the U.S. the individual should be placed. When choosing where to place a refugee, officials consider factors such as existing family in the U.S., employment possibilities and special factors like access to needed medical treatment.

How do we know the refugees aren’t terrorists?

Every refugee goes through an intensive vetting process, but the precautions are increased for Syrians. Multiple law enforcement, intelligence and security agencies perform “the most rigorous screening of any traveler to the U.S.,” says a senior administration official. Among the agencies involved are the State Department, the FBI’s Terrorist Screening Center, the Department of Defense and the Department of Homeland Security. A DHS officer conducts in-person interviews with every applicant. Biometric information such as fingerprints are collected and matched against criminal databases. Biographical information such as past visa applications are scrutinized to ensure the applicant’s story coheres.

What percentage of applicants “pass” the screening process?

How long does the whole process take?

Eighteen to 24 months on average.

How many have been resettled here?

About 1,800 over the past year. They’ve been placed in dozens of states across the country, but most are in big states with large immigrant populations, such as California, Texas, Illinois and Michigan.

Has the system been successful so far?

The security checks have a pretty good record. Since the Sept. 11, 2001, terrorist attacks, the U.S. has admitted some 750,000 refugees. None have been arrested on domestic terrorism charges, though two—a pair of Iraqis in Kentucky—were charged with terrorist activities connected to aiding al-Qaeda.

How many will be coming in the future?

President Obama wants to take in at least 10,000 between now and next October. Republicans came out against that plan after European officials said one member of the terrorist cell that killed at least 132 in the City of Light was a Syrian citizen who entered the continent on Oct. 3 in Greece, as part of the vast stream of refugees fleeing the war-torn Middle East nation. (It’s not fully clear whether the passport the attacker was carrying was a forgery.) Meanwhile, top Democrats like Secretary of State John Kerry and presidential frontrunner Hillary Clinton would prefer to increase the figure to around 75,000. But for now, Mark Toner, a spokesman for the State Department, says the Obama administration remains “steadfastly committed” to its 10,000 target. 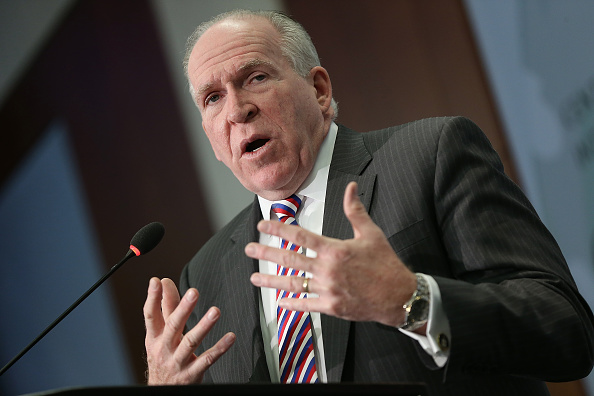 Read the CIA Director's Thoughts on the Paris Attacks
Next Up: Editor's Pick