The European Union, the world’s greatest ever experiment in globalization, was under threat before the Paris attacks: The debt crisis and the influx of migrants from the Middle East and Africa, as well as the lack of a cohesive response to either, has threatened the future of a united Europe. Now, the future of European integration is truly at a tipping point.

Globalization is commonly defined as the free movement of goods, people, and capital. These days, every single one of those things is under threat in Europe, starting with people. French President François Hollande has understandably imposed stricter border controls in France, and is asking Europe for help monitoring intra-European travel. All that makes sense, but the question is whether it will lead to a breakdown of the Schengen zone, the free travel zone that is at the core of the EU and has led to huge upticks in trade and tourism revenue throughout the Eurozone. It’s easy to see how each country could end up in a hunker down position, closing off individual borders, which would threaten regional trade (the biggest contributor to overall trade in Europe) as well as the movement of people. Combine that with the existing Balkanization of capital flows following the debt crisis (banks simply don’t lend as easily across borders as they used to, because the debt crisis exposed that a Greek or Italian euro isn’t the same as a German one) and you have the makings of a breakdown of European regional integration.

It’s no surprise that many politicians, even sensible ones like Germany’s minister of finance Wolfgang Schauble, are using this moment to bash immigration, open borders, and more shared economic policy in Europe. But ironically, the only solutions to the big problems that face the EU is more integration. Europe is at a pivot point in how it responds not only to terror, but to foreign policy as a whole, and economic growth. The European Union was created in good times, but needs to be able to weather bad times. That means that Germany, along with France, has to recommit to the ideal of a truly, deeply politically integrated Europe, not just a superficial economic one. If Europe actually had a common foreign policy, security policy, and fiscal policy, think about how much easier it would be to fight terror—migrants would be tracked and settled much more efficiently, and France wouldn’t have to worry about breaking the EU budget rules to send bombers to Syria since it would by necessity be a pan-European effort. Europe as a whole would be able to present a stronger and more integrated defense of its own social democratic system. Russia would take note. So would many countries in the Middle East. A stronger Europe would be a crucial counter-balance to the rise of state capitalist systems in places like China.

The Franco-German alliance was at the center of the post-World War II European integration. A recommitment to that—to the goal of total political integration in Europe—is what’s needed now to solve all the big problems: terror, security, economic growth and stability. Germany’s foreign minister, Frank Walter Steinmeier, was sitting right next to Hollande in the Stade de France when the attacks occurred. What an amazing statement it would be now if German Chancellor Angela Merkel and Hollande stood together and recommitted in a big way to the Franco-German alliance that made modern Europe—the world’s best ever counterexample to the “clash of civilizations” underscored by the terror attacks—possible. 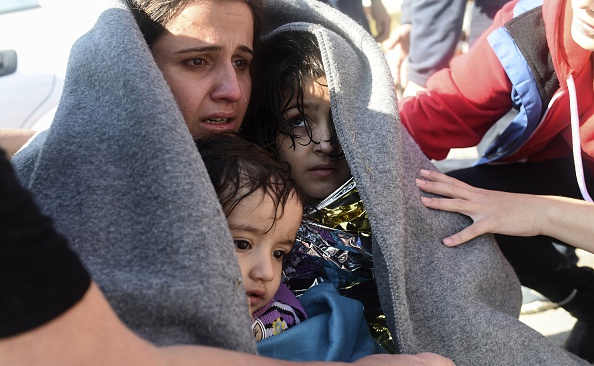