A father and son interviewed by a French television channel gave Parisians and those mourning the deadly Paris attacks a different way to think about the tragedy and its aftermath.

Le Petit Journal of Canal Plus interviewed a young boy about the attacks, asking him if he understood what happened on Friday.

The young boy then worries out loud that they might have to move, to which his father reassures him: “France is our home.”

Read next: How to Talk to Your Kids About the Attacks in Paris 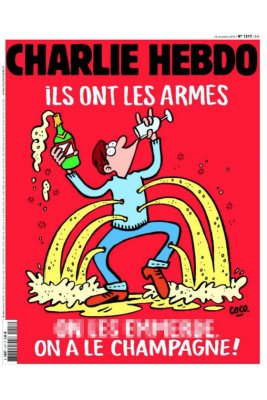 Charlie Hebdo on Paris Attacks: 'We Have the Champagne!'
Next Up: Editor's Pick